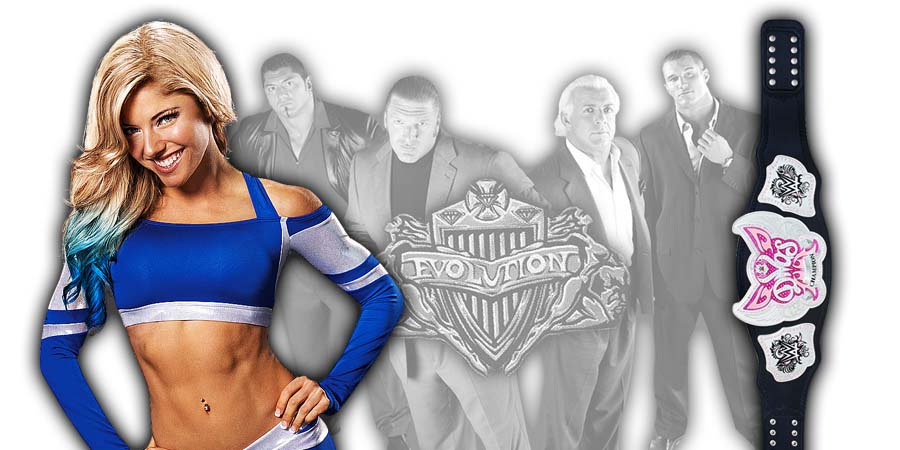 He later dropped the Flash Funk gimmick and joined the WWF Attitude Era stable ‘The J.O.B. Squad’ as 2 Cold Scorpio.

During a recent appearance on Busted Open Radio, Mickie James discussed Alexa Bliss’ health and her status ahead of WWE Evolution PPV.

Below is what Mickie said:

“She’ll definitely be there on Sunday. I know she’s getting better. I try and talk to her every day and she’s getting better. Obviously, we know this isn’t ballet and it comes with the territory so you know as long as it’s what’s best for business and her long-term health and everything else like that. So I have no doubts that regardless we’ll all be out there and it will be amazing.”

Alexa is reportedly dealing with a concussion.

According to PWInsider, Alicia Fox might be Alexa’s replacement if she’s not cleared to return to in-ring action by Sunday.

Alexa Bliss is currently scheduled to team up with Mickie James to face the Hall of Fame team of Trish Stratus & Lita at WWE Evolution.