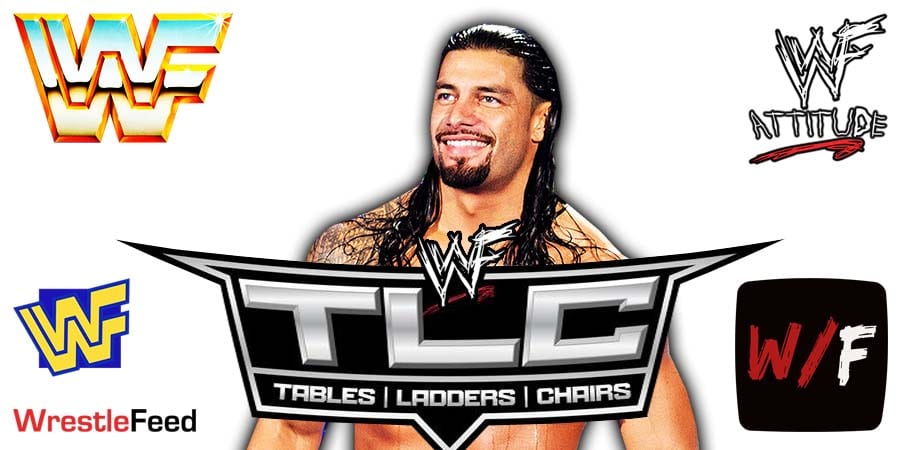 The Tribal Chief dominated Kevin Owens throughout the match, and at one point, Owens countered back by slapping Reigns in the face. This made Reigns furious and he drove Owens into a table set in a corner of the ring with a deadly Spear.

After this spot, Reigns was seen favoring his shoulder, and then went through the barricade shoulder-first when he attempted to Spear Owens outside of the ring.

Corey Graves mentioned on commentary that Reigns may have dislocated his shoulder, but fortunately, that doesn’t seem to be the case.

According to Fightful Select, Reigns was fine when he came through the curtain backstage, and he was just selling the effects of going through a table and barricade.

Their source stated that “Roman’s just good at his job.”

You can read the latest exchange between Reigns and Owens after TLC below.

Reigns will now defend the Universal Championship against Owens in a rematch on this week’s SmackDown, this time inside a Steel Cage.

5. The Undertaker vs. Al Phillips