• 70+ Episodes Of Mid-South Wrestling Added To The WWE Network

Just added to WWE Network: Over 70 episodes of Mid-South Wrestling

WWE Hall of Famer Cowboy Bill Watts’ Oklahoma-based territory was a hotbed for up-and-coming talent. These young Superstars helped the promotion rise to national prominence with Supershows at the New Orleans Superdome and Sam Houston Coliseum. Future Legends Junkyard Dog, Ted DiBiase, “Hacksaw” Jim Duggan and the famed rivalry between The Midnight Express and The Rock ‘n’ Roll Express all were born here.

– More than 10,000 hours of video on demand including every WWE, WCW and ECW pay-per-view in history

And you can stream all of this anywhere, anytime, on any device!”

As we noted before, The Undertaker is going to wrestle at next month’s WWE Live Event in Madison Square Garden on July 7th.

“There will be a chill in the air in New York City on Saturday, July 7, when The Undertaker competes in Madison Square Garden as part of the WWE Live SummerSlam Heatwave Tour.

This will mark The Deadman’s first appearance in The World’s Most Famous Arena in eight years.

The Undertaker has waged many unforgettable battles at MSG, including his melee with Mankind at Survivor Series 1996, his WWE Championship clash against “Stone Cold” Steve Austin at SummerSlam 1998 and his collision with his brother Kane at WrestleMania XX as part of his legendary Streak.

To experience The Phenom live and in-person on July 7, get your tickets now at Ticketmaster!” 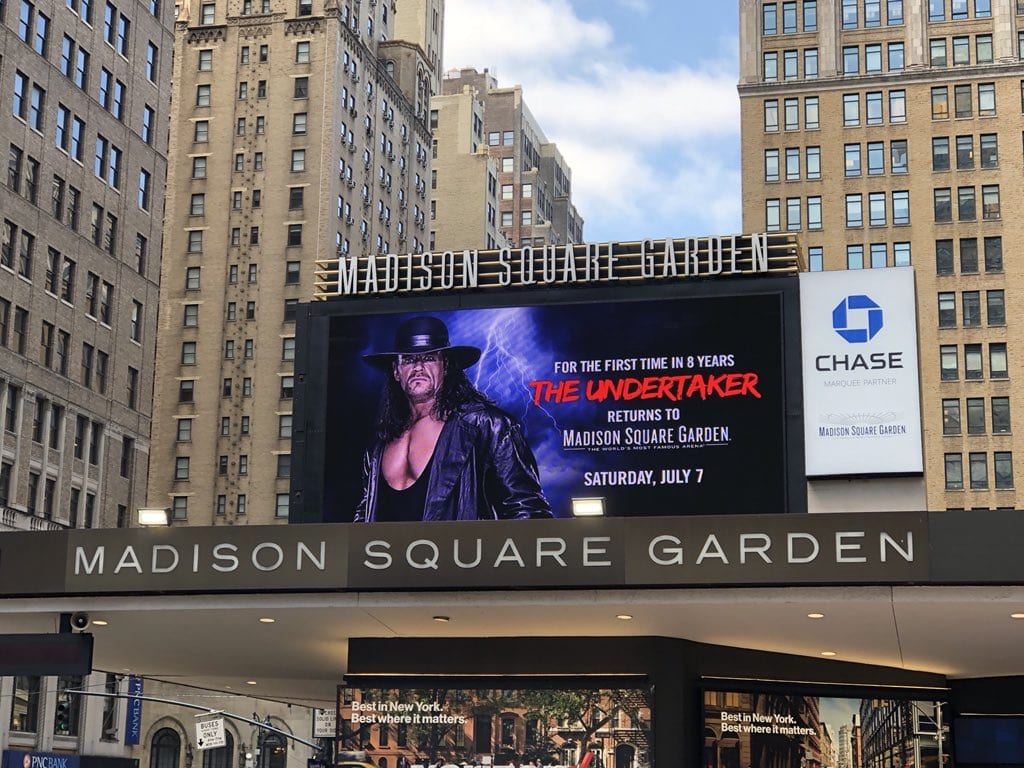 While wrestling on the SummerSlam Heatwave tour doesn’t necessarily mean that he’s going at wrestle at SummerSlam as well, but the rumors at this point can’t be denied as well (although WWE hasn’t announced Taker for SummerSlam as of now).

We’ll keep you updated regarding The Undertaker’s SummerSlam 2018 status.