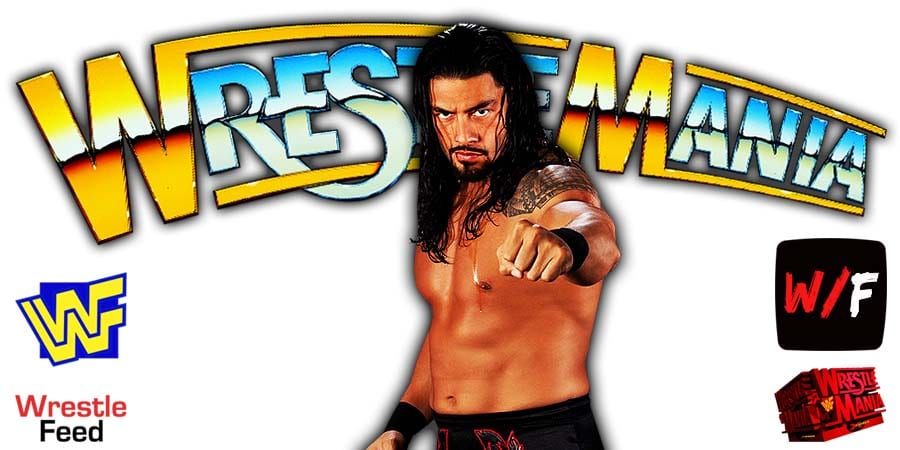 • Update On WWE’s Plan For Roman Reigns At WrestleMania 37

Roman Reigns won the Universal Championship upon his return in a very short feud with “The Fiend” Bray Wyatt and Braun Strowman.

Since then, The Tribal Chief has had two feuds for the Title. One with Jey Uso, and the other one with Kevin Owens, which is currently going on.

WWE has a couple of choices for who Reigns will face at WrestleMania 37 this year.

According to the Wrestling Observer, WWE will likely have Daniel Bryan or WWE Hall Of Famer Goldberg face Reigns for the Universal Championship at the Show Of Shows.

Below is what he noted:

“Right now it would look like Bryan and Goldberg would be the top contenders for the Reigns match at Mania. Bryan gives you the better match and Goldberg gives him the more mainstream interest which is kind of sad when you bring in a guy whose prime year would be 23 years earlier instead of having a series of challenges ready that people should care about more because of being current.”

It was broadcasted from the Worcester Centrum in Worcester, Massachusetts and featured matches, interviews & storyline segments on the road to the ‘WWF Royal Rumble 1999’ PPV.

3. Test vs. The Godfather

8. WWF World Heavyweight Title – No DQ: The Rock vs. Mankind