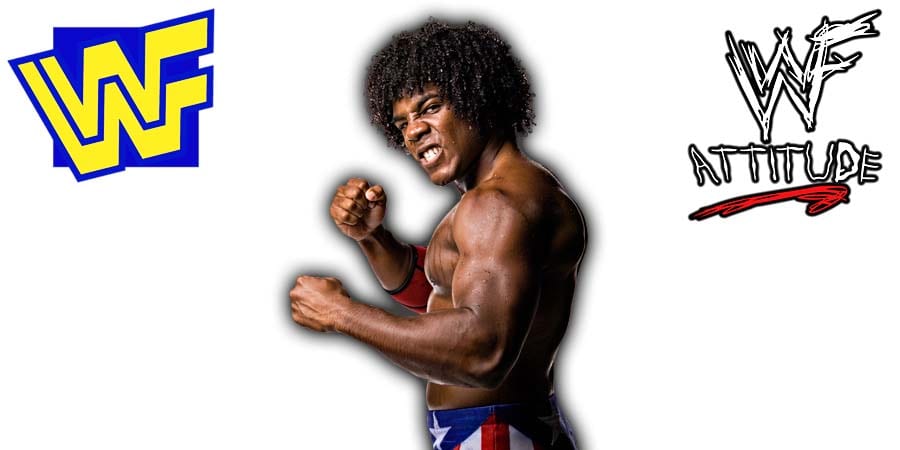 Known in other territories as Bad News Allen, the former Olympic bronze medal winner (Judo) joined the World Wrestling Federation in early 1988 and stayed with the promotion till he left shortly before the Survivor Series 1990 PPV.

Dave Meltzer noted on Wrestling Observer Radio that the injury is serious and that Woods is going to be out of action for a long time:

“I think it was a tear, but that’s not 100%, but everybody in the company was talking like it’s a tear. The company hasn’t released the actual injury other than it was an Achilles injury. It seems pretty bad and that’s what I’ve heard is it’s bad.

If it’s an Achilles tear there will be surgery and a long recuperation period you know nine months or longer. You know he was just bouncing off the ropes essentially and just went down. Yeah, you know it’s just one of those freak things.”