10. Jim Ross Talks About His Next Job In WWE After Working The Main Event Of WrestleMania 33

As we saw at WrestleMania 33, WWE Hall of Famer Jim Ross returned to WWE and called the main event of the show (in which The Undertaker retired).

JR will now call the new UK wrestling show on the WWE Network along with Nigel McGuiness and below is what he had to say about this on his Ross Report podcast:

“This past weekend in Norwich, England, the WWE taped a lot of products in the two nights that will air on the WWE Network. The first show will air in the month of May. It will be broadcast with Nigel McGuiness and myself. I’m looking forward to working with Nigel. I’ve enjoyed his work in the past when he was with Ring of Honor. Very talented in-ring performer. Nigel has great awareness, great crowd psychology, which really translates to product knowledge for the broadcast. 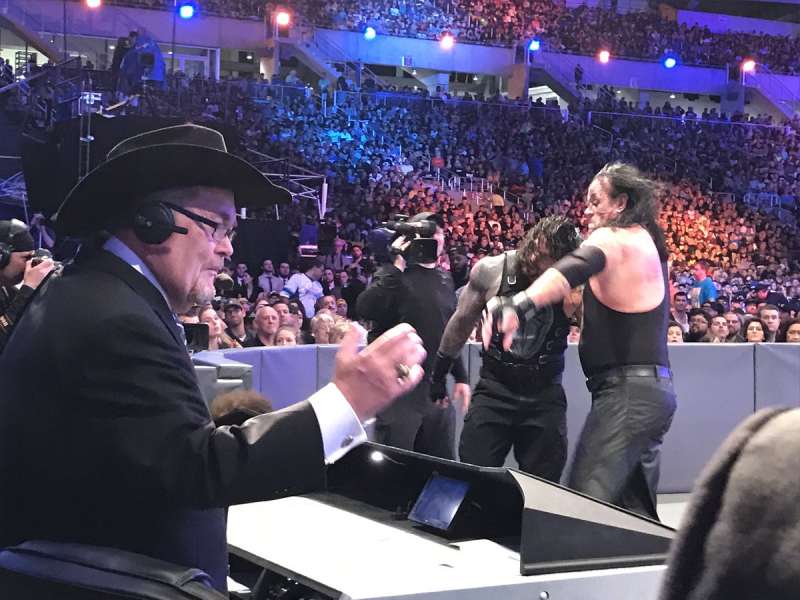 Nigel knows the UK guys much better than me originally and initially, I’ll try to catch up in that regards so I’m very happy to get that assignment. I’m not sure, but I think we will be doing two 90 minute specials but it’s not etched in stones. The first one will be broadcast this month because I know we will be doing some voiceover this week.”