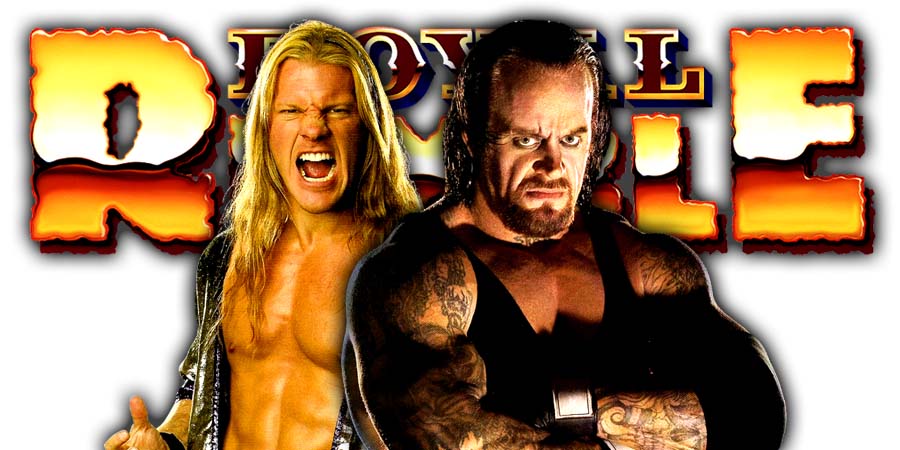 • Chris Jericho Comments On His Relationship With NJPW Ending

On his backstage segment with Elias at RAW 25:

“Once again, go with the flow. Make it good. It was fun. He’s got a lot of steam. He’s a great character. It was cool, but it was not planned until three hours beforehand … that’s how the business works. Let’s move on to the next thing. And that’s the best way to exist in the business and stay on top is to be diverse and always go with the flow, no matter what it is that you’re given.”

On working the Greatest Royal Rumble:

“It’s one of those things — I would have rather been a surprise, but I think WWE is going in there with all guns blazing and all hands on deck. When I got the call to do this, I was like, ‘It doesn’t get any bigger than that.’ It’s much bigger than showing up even at Madison Square Garden, where we’ve been there a hundred times before. But doing it over in Saudi Arabia, it’s very majestic and very mysterious, adventurous, and that’s kind of what I’m all about.”

On his relationship with NJPW ending:

“Things change. That’s how it goes. Sometimes things seem like a good idea at the time, and then when you look at it a little bit deeper and a little bit further, you realize it’s not gonna go the way you want it to go.”

You can also see Taker & Lesnar sharing a laugh during the above video.

Below are a couple of more photos from this dinner: 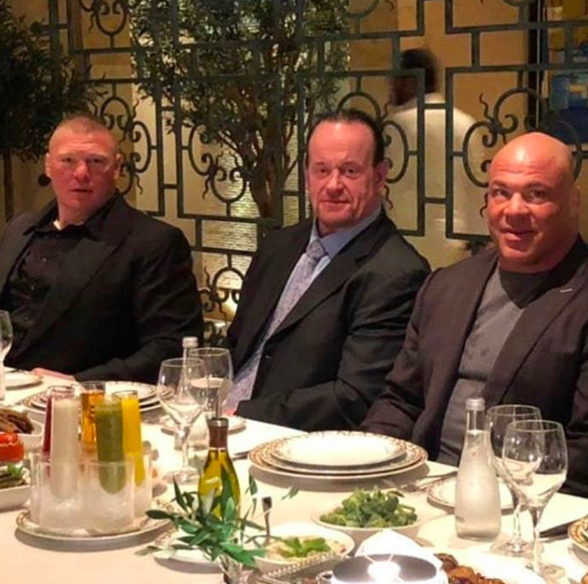 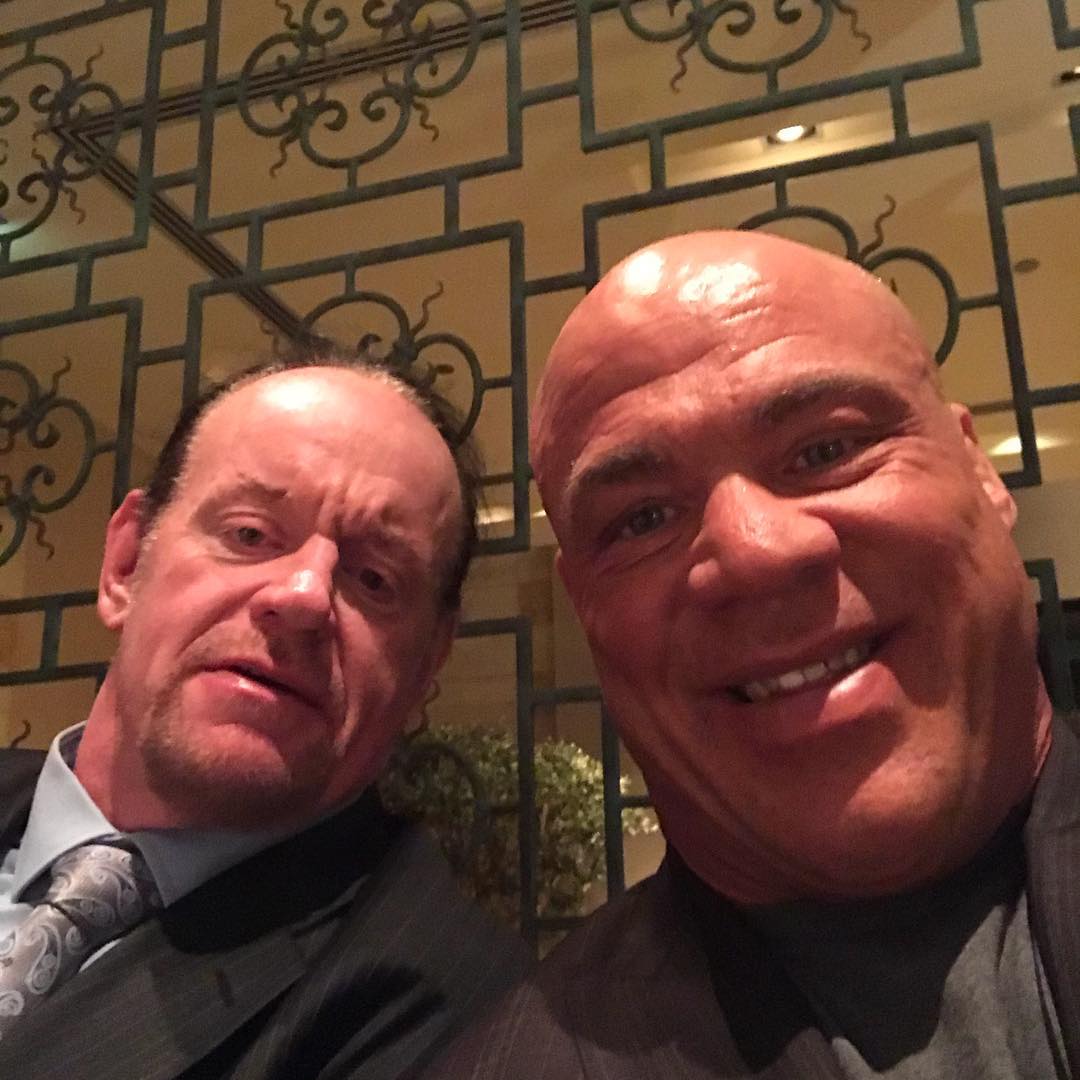