One of the stories that’s quite hot in the online world of Pro-Wrestling nowadays are reports of JBL bullying people (with the most recent victim of his bullying being SmackDown Live commentator Mauro Ranallo).

Keeping this in mind, a fan showed up on this week’s episode of SmackDown Live with a sign that said “JBL Bullied Me”. He was asked to put the sign away twice, but he didn’t listen. This led to WWE ordering the security to eject that fan from the arena.

Below is a photo of that fan holding the sign right behind JBL: 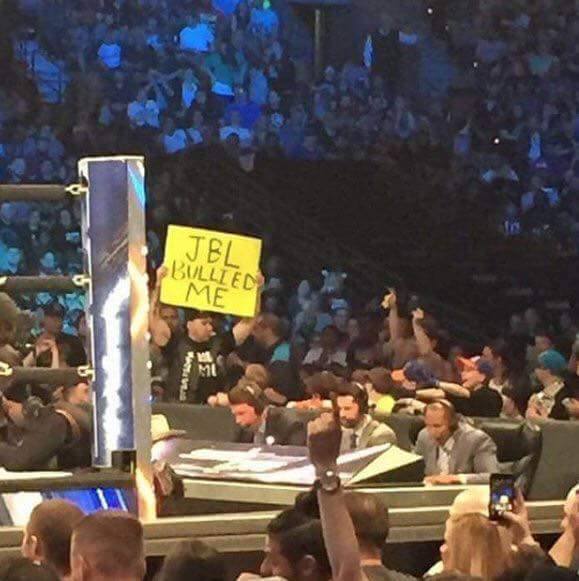 Below is a photo of that fan being ejected from the arena by the security: 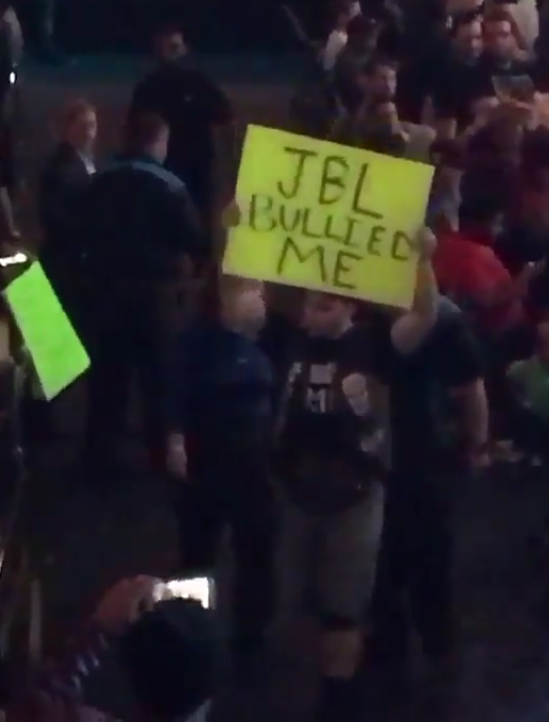 WWE ejects a fan with “JBL Bullied Me” sign

You can watch the video of the fan being ejected below:

A fan just got kicked out for holding a “JBL Bullied Me” sign. #SuperstarShakeUp #SDLive #JBL pic.twitter.com/FnZ1mM8gUD