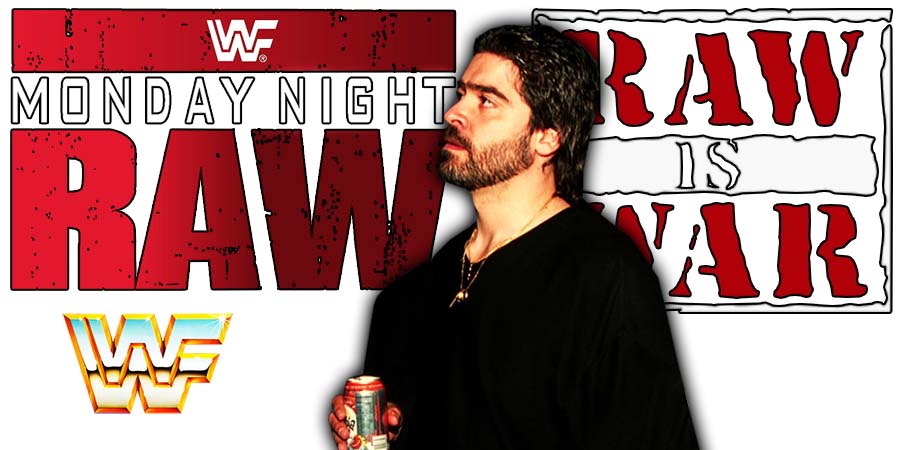 Old School WWF/WCW writer Vince Russo was recently interviewed on an episode of the ‘Pounding The Meat’ video podcast, where he revealed that he has actually been in contact with Vince McMahon not too long ago.

Russo claimed the legendary WWF/WWE promoter asked him his opinion on the current state of their weekly flagship TV show Monday Night RAW, and even wanted him to watch it for a few weeks to critique it for him.

“A couple of months ago. I was offering my help as a consultant. I didn’t want to be hired, I’m never gonna work in that environment again but I was like, ‘Bro, your show freaking sucks. Seriously, are you watching?’ It was that conversation all over again.

How that ended was Vince wanted me to watch RAW for a couple of weeks and give my feedback. I’m like bro I’ll be happy to do that, I ain’t doing that for free. Your product sucks bro, I’m willing to help you.

Vince Russo was part of the World Wrestling Federation creative/booking/writing team from 1996 until he left for World Championship Wrestling in the fall of 1999, but was sent home (for the 2nd time) a year later in the fall of 2000.

Russo then joined Jeff Jarrett’s NWA-TNA promotion in 2002, but left in late 2004, before returning in 2006 and staying as the main creative writer until 2012.

Also Read: Sunny Arrested, Could Face 30 Years In Prison (Details On The List Of Charges)

This episode was pre-taped at the New Haven Coliseum in New Haven, Connecticut and featured matches, promos & storyline segments on the road to the ‘WWF SummerSlam 1988’ PPV.

3. One Man Gang vs. Reno Riggins