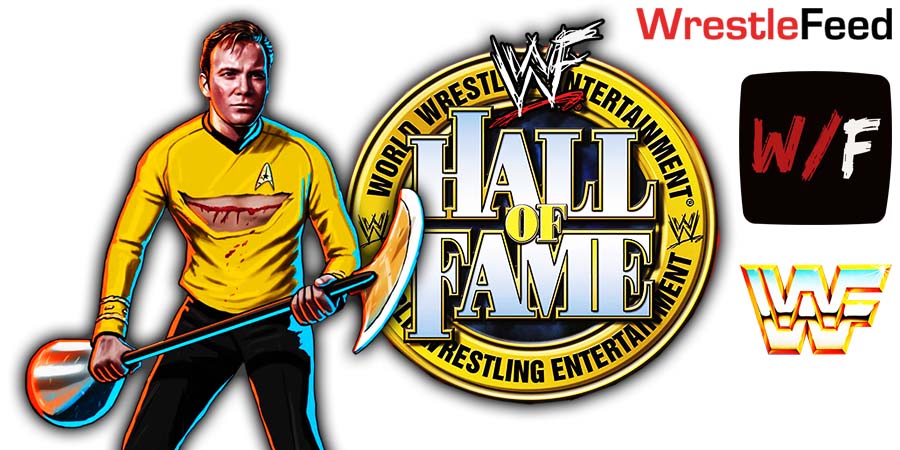 A few days ago, Old School WWF Celebrity William Shatner, whom many of you remember as Captain Kirk from the original Star Trek series, actually went to space aboard a Blue Origin rocket, a trip he was invited to by Amazon owner Jeff Bezos.

WWE CEO Vince McMahon took to Twitter and commented on the situation by tweeting the following:

“So proud that the legendary William Shatner, a WWE Hall of Famer now holds the record for the oldest person in space!”

So proud that the legendary @WilliamShatner, a WWE Hall of Famer now holds the record for the oldest person in space! https://t.co/rsxCnmkbHS

Earlier this year, Shatner (age 90) was inducted into the Celebrity Wing of the WWE Hall of Fame, but due to the COVID-19 pandemic, he accepted the award with a video appearance.

– The Dudley Boyz vs. Mideon & Viscera