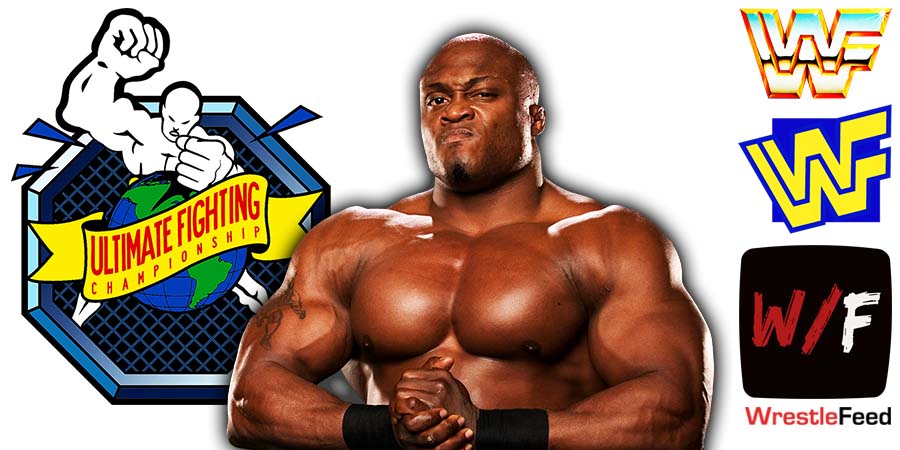 Along with being a Professional Wrestler, former WWE Champion “The All Mighty” Bobby Lashley is also an MMA Fighter.

While Lashley has never fought in the UFC, he has competed in promotions like Strikeforce and Bellator MMA.

During an interview with Fightful, Lashley revealed that he asked for Vince McMahon’s permission to fight in the UFC recently at Money In The Bank 2022, after he defeated Theory to win the United States Championship.

However, Vince turned down Lashley’s request, as McMahon felt a possible loss for Lashley in the UFC will hurt his character in the WWE.

Bobby is 46-years-old and is still in top shape.

Also Read: “I’m not even sh*tting you” – UFC President Dana White Reveals Where WWE Made Him Sit At WrestleMania 34