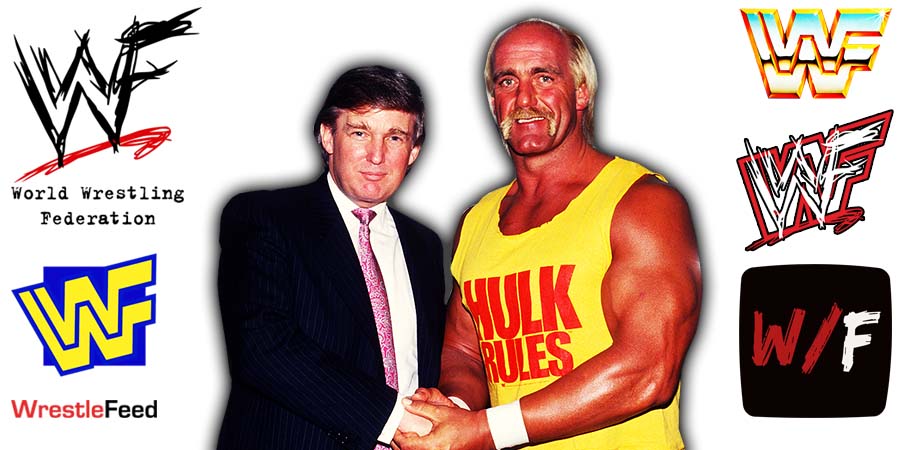 As we reported a few day back, ongoing investigation in WWE revealed another $5 million in payments made by Vince McMahon in 2007 and 2009.

WWE noted the following in their SEC filing:

“Since that time, the Company has determined that two additional payments totaling $5.0 million, unrelated to the allegations that led to the Special Committee investigation, that Mr. McMahon made in 2007 and 2009 should have been recorded in the Company’s consolidated financial statements. Together, these unrecorded expenses total $19.6 million (the “Unrecorded Expenses”).”

According to Wrestlenomics, this $5 million payment could be linked to the Trump Foundation:

“WWE was by far the biggest contributor to the Trump Foundation in 2007 and 2009, giving the organization $4 million and $1 million in those years, respectively, and in round numbers — which adds up to match the $5.0 million mentioned in the new WWE filing.

Those were also years when the future U.S. President made rare appearances on WWE television programs.”

In 2007, McMahon & Trump were involved in a “Battle Of Billionaires” feud, which culminated at WrestleMania 23.

Also Read: “There is no way he is going to let it go” – Kurt Angle Thinks Vince McMahon Isn’t Retired

• Old School Tag Team Legend Would Have Celebrated His Birthday

Eaton was famous for being one half of one of the greatest Tag Teams in professional wrestling history, The Midnight Express from 1985 till 1990.

After the team disbanded in late 1990 when his Tag Team partner “Sweet” Stan Lane and their manager Jim Cornette left WCW, Bobby Eaton would still remain with the company till he was let go in 2000.