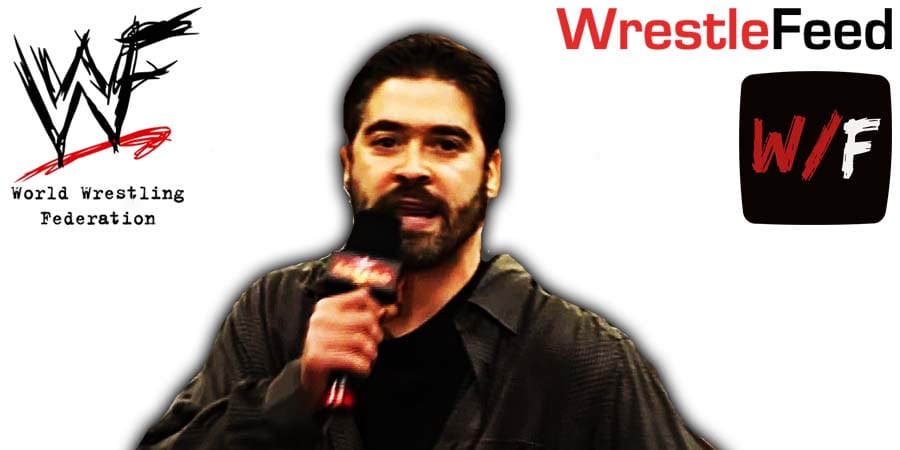 After starting as an enhancement talent, doing jobs on WWF & WCW TV, Jerry Lynn eventually made a name for himself in Paul Heyman’s Extreme Championship promotion, where he had a memorable rivalry with Rob Van Dam, before Jerry joined the WWF main roster in 2001, where he became the Light Heavyweight Champion.

The last time we saw him on a major TV show, it was a few years ago on TNA iMPACT.

• Vince Russo Could Be Back With IMPACT Wrestling

Former WWF Attitude Era writer Vince Russo could be back in the pro-wrestling business as there are a lot of rumors going around which indicate that he’s back with IMPACT Wrestling (fka TNA).

Twitter user SoDuTw, who has broken several stories in the past, reports that Russo has been secretly booking for IMPACT since March.

I've sat on this for long enough.

Likewise, circa 2014 et al. Everyone inside Pro Wrestling strongly believes Russo is back w/ IMPACT as a consultant & has been since March.

Anyone inquiring has been met w/ the stonewalling that has been associated with all the prior times.

Russo was going to appear at the Wrestlemania TNA show.

The current IMPACT Creative is definitely clever and good but not lack the spark to take business to another level – I personally point to the channel they are on.

Most/all major Wrestling journalists are aware of the rumour/speculation that Russo is back. No one can get confirmation.

Deonna and the Slammiversary free agent teases is IMPACT swinging for the fences to get noticed.

Several journalists reached out to sources in IMPACT to get a word on the whole situation, but no one has been able to confirm it so far.

IMPACT was reportedly considering asking Russo to appear on its “TNA: There’s No Place Like Home” show on April 3rd, as Dave Meltzer reported a couple of months ago.

Below is Meltzer’s report:

“Three other names that have been talked about as being part of the TNA show bringing back talent from the past are Mike Tenay (asked but right now I’d say more likely not happening), Dixie Carter and the other guy they are going back-and-forth about asking is Vince Russo.”

When Russo found out about the rumors, he immediately took to Twitter to shoot them down.

Years Ago I was Hired by TNA as a consultant. Part of the Terms was to keep it Quiet. I did what my Employer asked me to do. When I accidentally sent an e-mail to the wrong address-it came out. I was labeled a LIAR for keeping the confidentiality my employer asked me to. (1)

At that time I vowed myself to never allow myself to get into that situation again. The Dirt Sheets are stirring up that I'm consulting fort TNA again. Hate to kill their FALSE BS-but-I'm not. https://t.co/17iU7cAwCf is a FULL-TIME JOB and I wouldn't trade it in for THE WORLD (2)