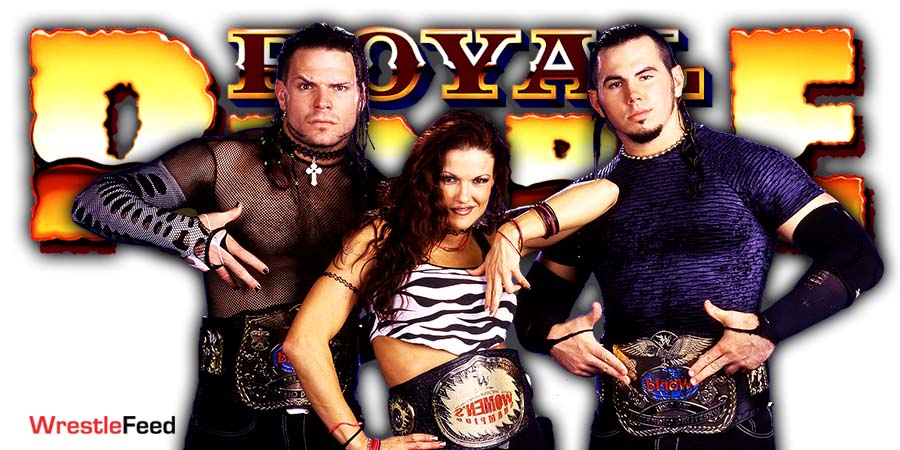 As we all know, IMPACT Wrestling’s Knockouts World Champion Mickie James will compete in the Women’s Royal Rumble 2022 match.

She will even bring her IMPACT Title on WWE programming when she competes in this match.

During an appearance on the Wrestling Perspectives Podcast, current AEW Superstar Matt Hardy said that Tony Khan bringing non-AEW wrestlers to compete in All Elite Wrestling has pushed WWE CEO Vince McMahon to take this step.

“I feel like Vince was pushed to do this because now he has to continue to keep up with AEW and how they are unpredictable and how you never know who is going to show up.

I feel if there’s no AEW, if there’s no forbidden door, Vince doesn’t do that and doesn’t bring outside talent into the Royal Rumble. It’s great for the business in general because it has pushed Vince to change.

I feel most people would agree with me on this. Vince and WWE became stagnant over all those years where there was no competition and he wasn’t pushed.”