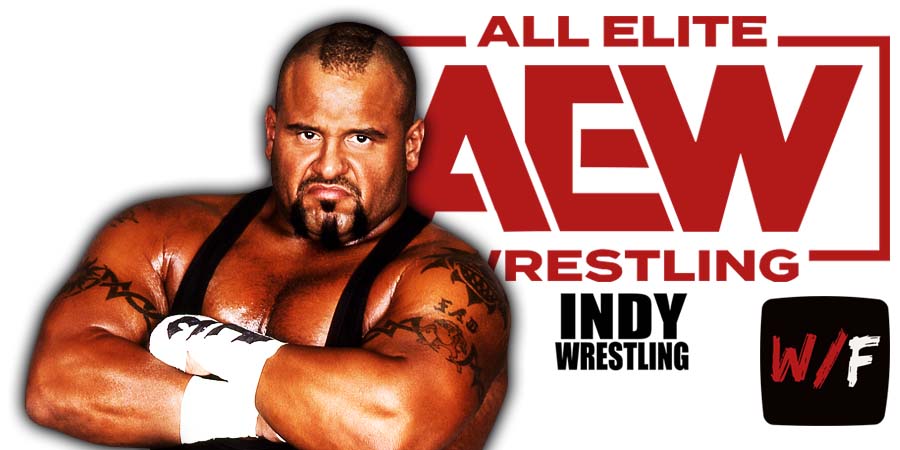 During a recent interview on the Keepin’ It 100 podcast, Old School WCW Veteran Disco Inferno criticized Tony Khan’s All Elite Wrestling for how they are booking ECW Legend Taz’s son Hook, who recently made his in-ring debut.

Disco especially bashed the psychology of Hook’s AEW matches, as he doesn’t work according to how someone with his body size should be.

Here’s what the former WCW World Television Champion had to say about Hook:

“He’s 140 pounds, he should be fighting like Ricky Morton, fighting from underneath.

Whoever laid out that match, that was like a guy 100 pounds heavier than Hook, and at no point in the match they laid that out with the psychology of a big guy vs. small guy fight.”

During his NWA feud against “Boogie Woogie Man” Jimmy Valiant, he was known as Shaska Whatley, before turning into a WWF jobber in 1990 & 1991 and later returning to WCW, where he eventually ended up becoming a coach in the famous WCW Power Plant.

Whatley was inducted into the WWE Hall of Fame in 2021 as part of their annual “Legacy Wing” inductions.