It was broadcasted from the Gund Arena in Columbus, Ohio and featured pre-taped matches, interviews & storyline segments on the road to the ‘WWF No Way Out 2001’ PPV.

• What Happened After RAW Went Off The Air Last Night?

As seen in the main event of this week’s RAW, Ricochet defeated Bobby Lashley and RAW Tag Team Champion Seth Rollins in a triple threat match to earn a WWE Championship match against Brock Lesnar at WWE Super ShowDown 2020.

After the match, Lesnar stormed to the ring and hit Ricochet with an F5 to end the show.

After RAW went off the air, Rollins approached Ricochet and cut a promo. Rollins said the following during his promo:

“You can call me a lot of things, but how dare you call me a liar? I’m not a liar. Ricochet here just won a hard-fought contest and now he is going on to Super ShowDown to take on The Beast, Brock Lesnar.

One thing I respect is a hell of a fight, so that’s why I’m out here offering a man my hand. So please, if you’ll give us a moment, I’m trying to show a man who deserves it, some respect, all right?” 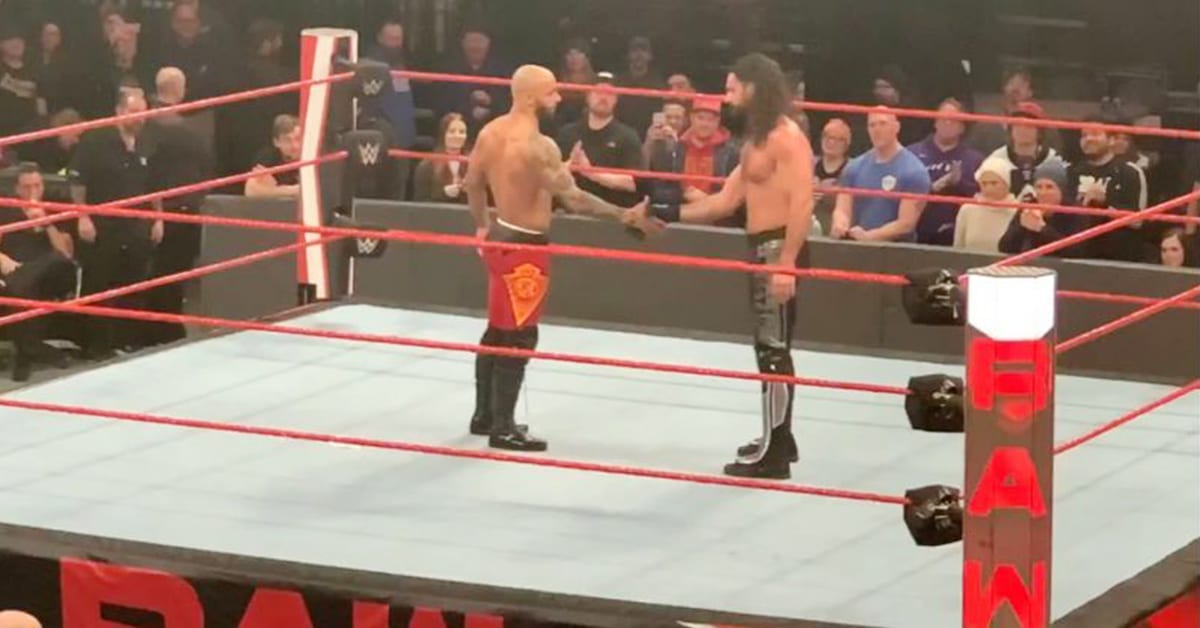 Rollins then shook Ricochet’s hand and raised it up to a big pop. Rollins then attacked him and went for the Stomp, but Ricochet countered and laid out Rollins to end the night.