After being the bodyguard WCW World Heavyweight Champion Lex Luger in 1991, Hughes joined the World Wrestling Federation in 1993 where he feuded with The Undertaker for a while.

He then left for ECW, where he was the bodguard of ECW World Heavyweight Champion Shane Douglas, only to return to the WWF in 1997 as Triple H’s bodyguard, but was replaced by Chyna after a few appearances.

His last major role was managing “Y2J” Chris Jericho on WWF TV during the Attitude Era (1999), where he had lost a notable amount of weight.

Mr. Hughes is one of very few professional wrestlers, who actually wrestled with their sunglasses on.

• What Happened After SmackDown Went Off The Air?

In the main event of this week’s SmackDown, Roman Reigns defeated Dolph Ziggler. After the match, King Corbin & Dolph Ziggler (along with some security guards) beat down Reigns and humiliated him with dog food.

In the SmackDown Dark Main Event (which takes place after 205 Live goes off the air), The Fiend defeated The Miz in a Universal Championship match to retain the Title.

Below are a couple of videos from the match:

As we noted during SmackDown, WWE announced Bray Wyatt vs. The Miz for TLC 2019 PPV. It should be noted that this is going to be a non-title match and “Bray Wyatt” is going to wrestle at the event, not “The Fiend”. 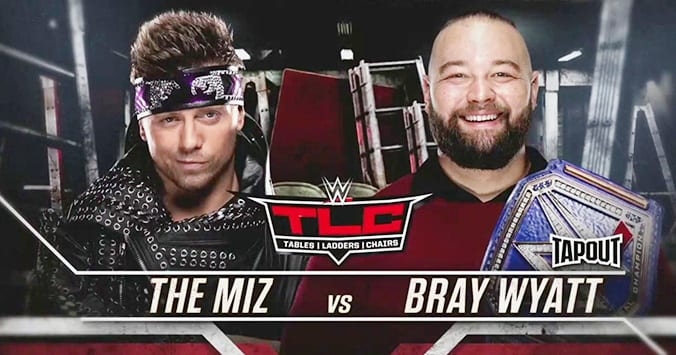 Before SmackDown began, Carmella defeated Tamina Snuka in a dark match to warm up the crowd.