• What Happened After Tonight’s RAW Went Off The Air?

After the match, Riddle and Orton hugged, but then Orton laid him out with an RKO to end the show.

After the show, 16-time WWE World Heavyweight Champion John Cena came out. Cena, Orton and Riddle then did a group hug. Orton hasn’t turned on Riddle, he was just having fun. RK-Bro is still alive. 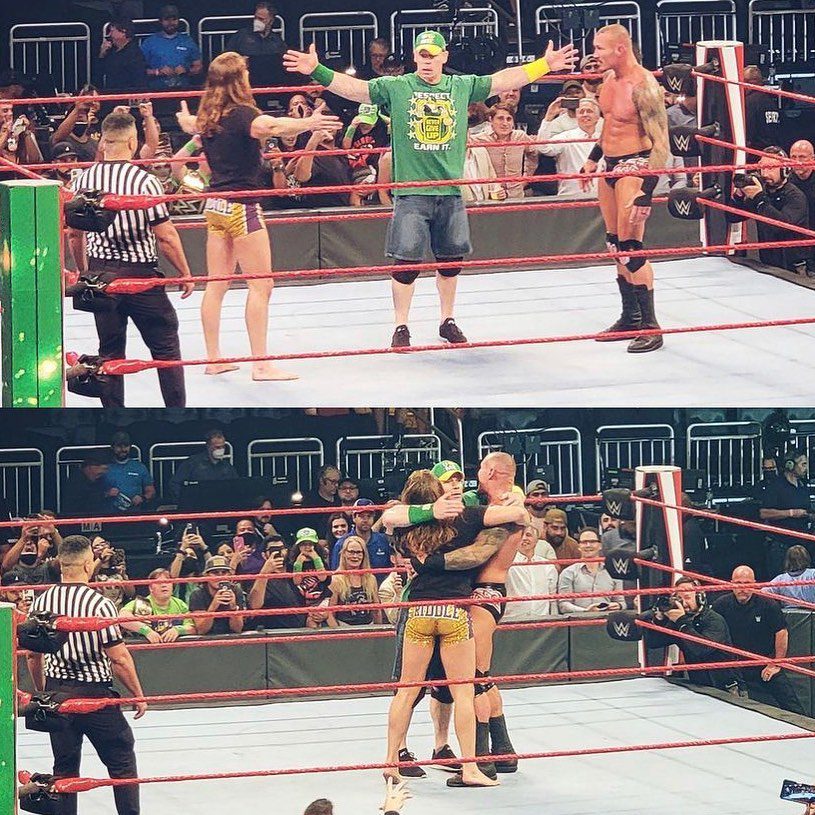 In tonight’s dark main event, Cena teamed up with Damian Priest to defeat the team of Jinder Mahal & Shanky.

After 1972 and 1976, this was the third and also ended up being the last “Showdown at Shea” event the WWF held there.