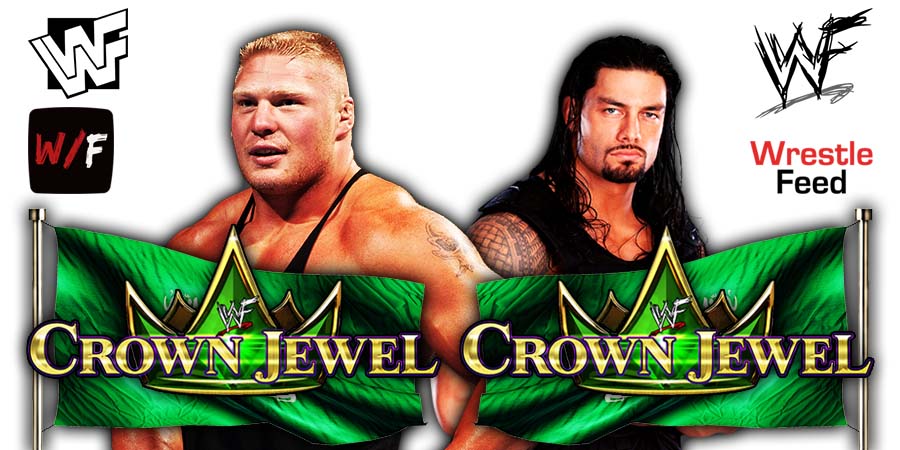 • What Happened Between Brock Lesnar & Roman Reigns On Tonight’s SmackDown?

Tonight’s episode of SmackDown kicked off with the 1st round of the Draft. You can check out the picks below:

After this, “The Tribal Chief” Roman Reigns came out to a huge pop and told the fans to acknowledge him and they did, but Paul Heyman then said it’s not loud enough for the Head Of The Table, but that’s what you get from Balti-morons.

Brock Lesnar then came out and got in Roman’s face. Roman then stunned The Beast with a series of strikes, but Lesnar fired back with a couple of Suplexes and Roman managed to escape.

SmackDown Tag Team Champions The Usos then attacked Lesnar, but Brock took them out with Suplexes and F5s to send a message to Reigns before Crown Jewel.