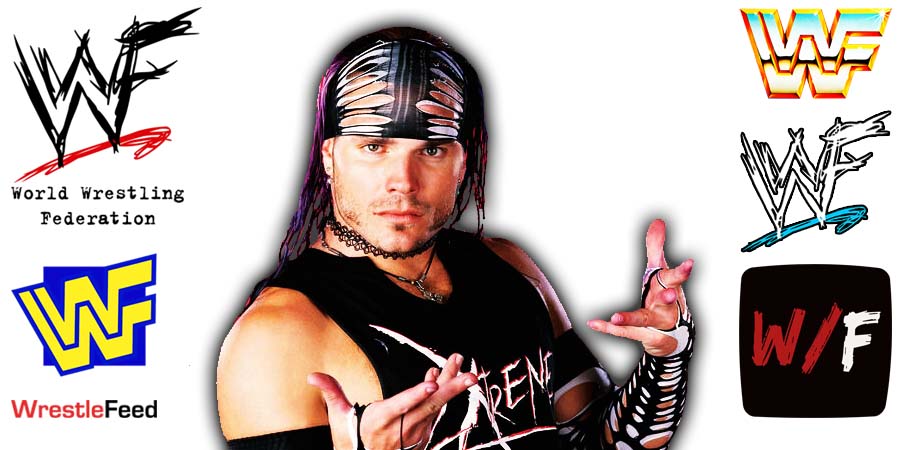 Jeff Hardy getting arrested for DUI recently was the 3rd time this happened and AEW suspended him after this.

Since a 3rd DUI offense within 10 years is considered a Felony in Florida, Jeff could face the following:

– Up to 5 years of reporting probation.

– 90-day impoundment or immobilization of all vehicles owned by the driver.

– Mandatory placement of an ignition interlock device upon all vehicles owned, used, or routinely operated by the convicted driver for not less than 2 years.

– Completion of a psychosocial evaluation to determine if Substance Abuse Treatment is required.

A video of Jeff drinking Whiskey the night before his arrest has surfaced online, where he said the following:

– Video of Jeff Hardy drinking Whiskey the night before his DUI arrest pic.twitter.com/PvIah6GBJF

In 1992 he appeared on WWF TV in a famous vignette alongside Mr. Perfect that included Curt Hennig playing baseball.

It was also Wade, who eventually inducted his real life friend Mr. Perfect (posthumously) into the WWE Hall of Fame in 2007.