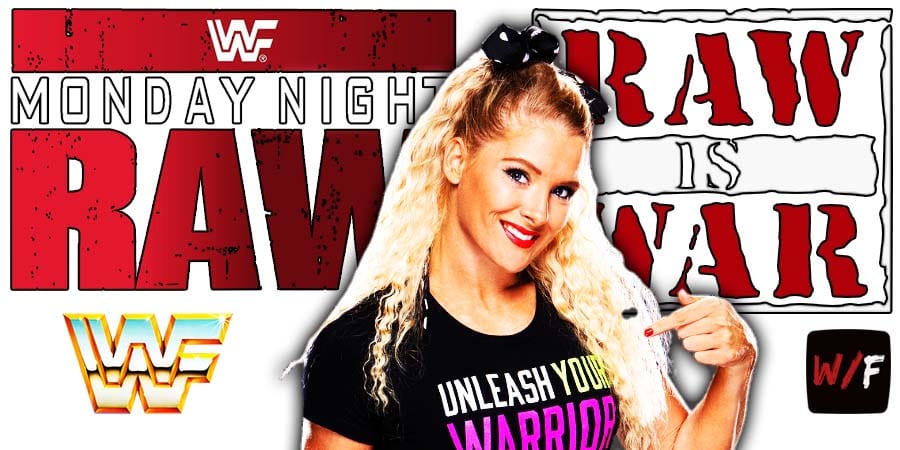 Last week, WWE advertised that Lacey Evans will make her in-ring return on this Monday’s RAW, but that didn’t happen.

According to PWInsider, this is because WWE sent her to the Nascar event instead, and she couldn’t arrive in time for RAW.

Lacey then had the following exchange with fans on Twitter:

Fan: I was waiting for the promised ring return of her…!!

Fan: So what I’m hearing is that @LaceyEvansWWE can’t handle “flexing” all day then go wrestle a show.

It was broadcasted from the AstroDome in Houston, Texas and featured matches, interviews & storyline segments on the road to the ‘WCW The Great American Bash 1999’ PPV.

4. The Cat vs. Scott Norton