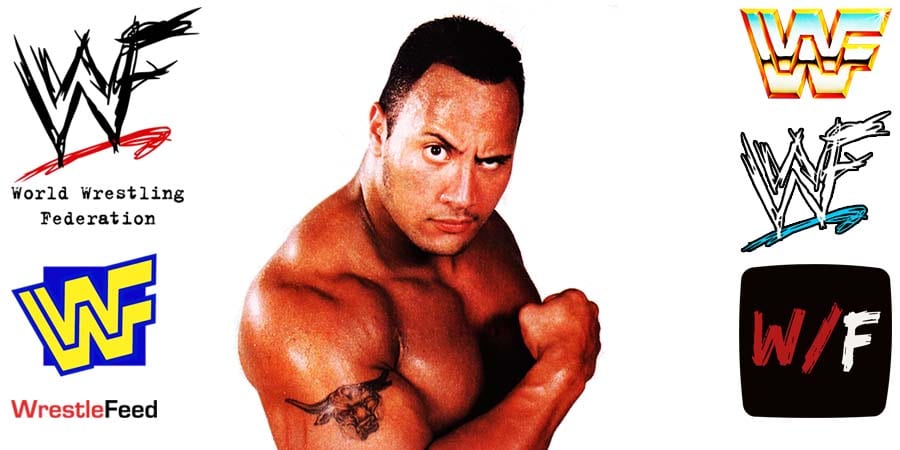 During the new A&E TV series WWE’s Most Wanted Treasures, Stephanie McMahon revealed why the Brahma Bull WWF World Heavyweight Championship belt, that was designed & custom made for The Rock, never actually made it to Television, as opposed to the Smoking Skull belt of Stone Cold Steve Austin, which they did end up using in 1999.

“Here you have The Rock’s Championship belt, the Brahma Bull belt.

Now, what’s interesting about this is it’s actually never seen the light of day. It’s never been on television.

This is really a premium, one-of-a-kind artifact, and it was created during The Rock and Steve Austin’s storyline.

Stone Cold had the Smoking Skull belt, and then it was, ‘Well, should The Rock have his own Championship belt?’ and of course yes.

This was created, lost in the mail, believe it or not.

During those two weeks that it was lost, the decision was made to scrap the whole thing, and The Rock never got his own customized Championship belt, but here it is.”

2. Virgil vs. The White Shadow