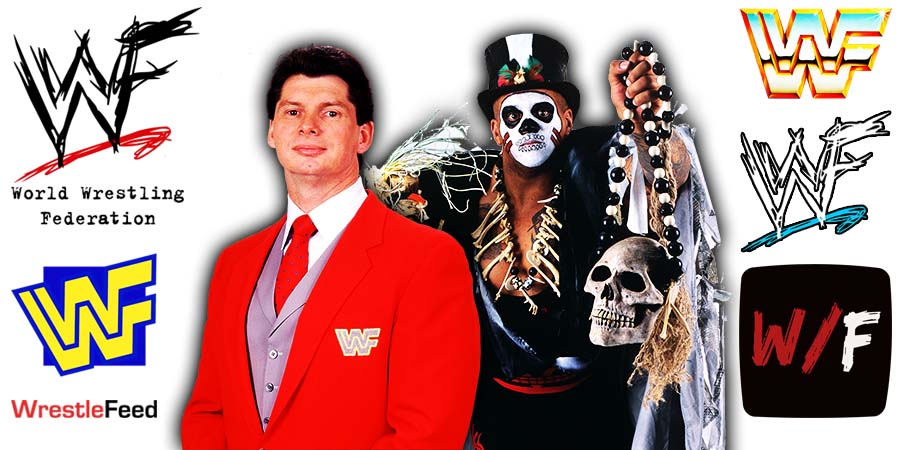 WWE Hall Of Famer Charles Wright’s most popular character in the WWF might be The Godfather.

During an appearance on The A2theKWrestling Show, Charles explained why Vince McMahon wanted Papa Shango to wear face paint.

“[Vince] says, ‘You have a body of a monster, but you have a baby face’, and he goes, ‘We’ve got to do something with that face’.

That (face paint) was Vince, hiding my baby face.”

As Papa Shango, Charles got involved in the WrestleMania 8 main event in 1992, when he interfered in the Hulk Hogan vs. Sid Justice match.

On this day in Pro Wrestling history on June 27, 2004, World Wrestling Entertainment aired “WWE The Great American Bash 2004” LIVE on PPV from the Norfolk Scope in Norfolk, Virginia.

This was the first ‘Great American Bash’ event by WWE, after it had originally been produced by the National Wrestling Alliance & World Championship Wrestling from 1985 until 2000.