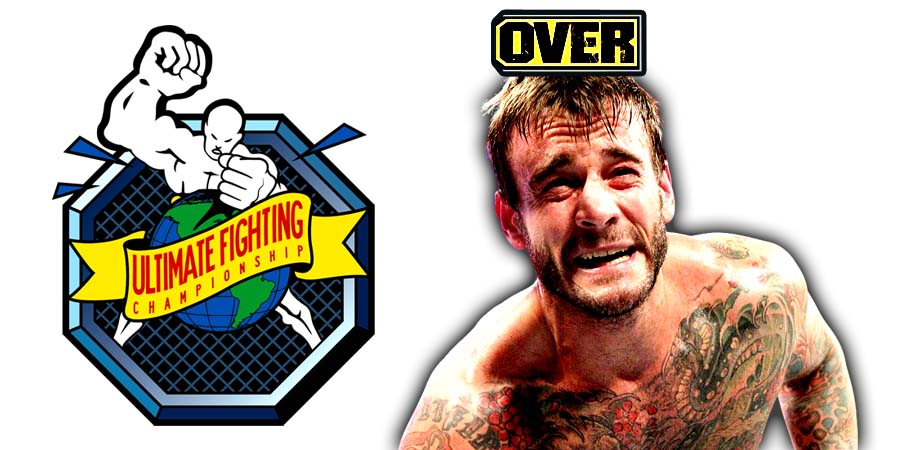 • Will CM Punk Return To MMA While Being Under Contract With AEW?

Former WWE wrestler CM Punk had two fights in the UFC and he lost both of them.

However, his 0-2 MMA record became 0-1-1 NC. His loss to Jackson was turned to a No Contest due to Jackson testing positive for Marijuana on fight night.

According to a commission disciplinary document obtained by MMA Junkie, Jackson tested positive for Tetrahydrocannabinol due to Marijuana.

According to MMA Weekly, the fighters were issued the following memo before UFC 225 in June 2018:

“Because of Illinois’ no tolerance policy for marijuana, we recommend that marijuana use be discontinued for anyone participating on the UFC 225 card between now and the event.”

Jackson commented the following regarding this situation on Instagram:

CM Punk has now returned to the world of Pro-Wrestling, as he made his debut in AEW last month.

Since AEW works with other companies, the question is will Punk be allowed to have MMA fights if he wants to?

It looks like Tony Khan doesn’t need to answer that question because Punk has officially retired from MMA.

Punk has removed himself from the USADA drug testing pool. He was a part of it since 2014. Despite his last fight taking place in 2018, he was drug tested 6 times in 2020.

Punk is still a part of the MMA world, as he works as a commentator for CFFC (Cage Fury Fighting Championships), and Tony Khan will allow him to continue working that gig while still being under an AEW contract.

• On This Day In WWF History (September 1, 1984) – WWF Championship Wrestling