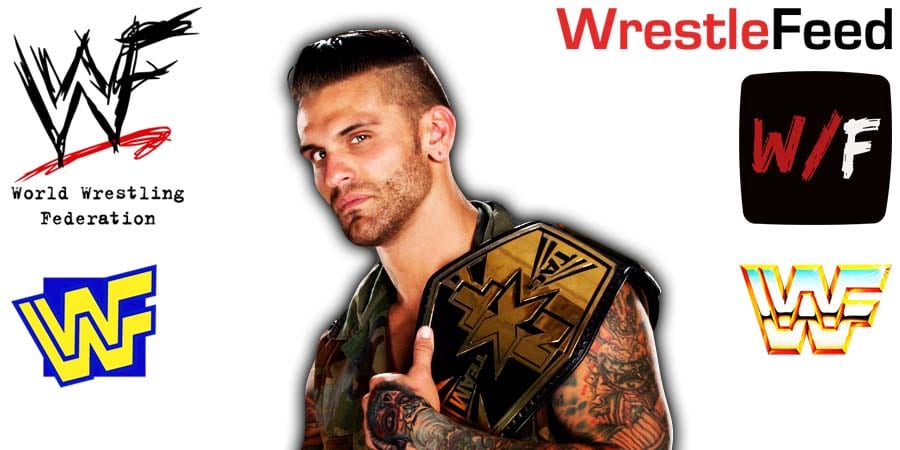 • Will Corey Graves Wrestle Again After Getting Cleared?

As we noted before, Fightful Select reported that WWE RAW Commentator Corey Graves (age 37) has been cleared to wrestle again.

Graves was forced to retire over 7 years ago, back in December 2014, due to concussion issues.

He was then offered a Commentary job in WWE and that’s what he has been doing ever since. He’s also the host of WWE’s After The Bell podcast.

According to the Wrestling Observer, Graves was actually cleared to wrestle in 2020, but he isn’t expected to wrestle again:

“Corey Graves was cleared by WWE doctors in 2020. The gist is that WWE medical ruled out Graves taking any physical contact due to a post-concussion issue in 2014 and he retired at that point.

Then he was made NXT announcer and did well enough that he’s been viewed as the main color guy on the main roster for years. Obviously while he can return to wrestle, he’s not going to.”

This episode was pre-taped at the Bob Carpenter Center in Newark, Delaware and featured matches & storyline segments on the road to the ‘WWF Royal Rumble 1995’ PPV.