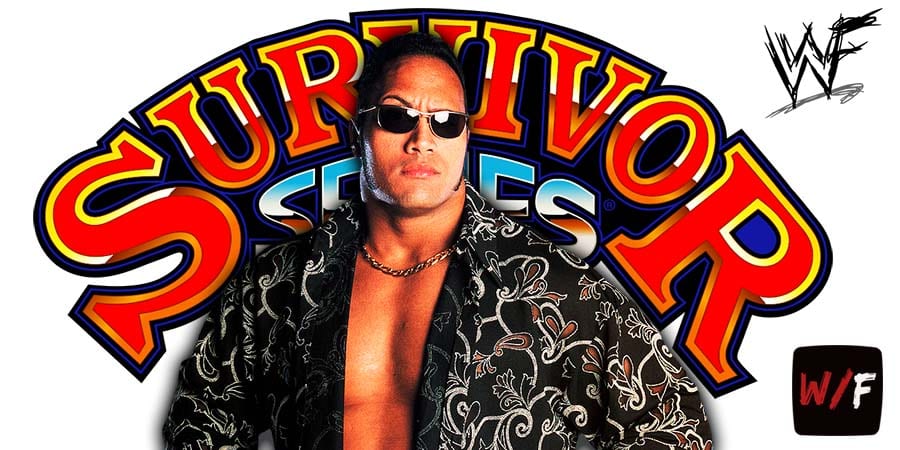 • Will The Rock Wrestle At Survivor Series 2021?

As we have noted before, there were rumors that WWE wants to bring The Rock back for Survivor Series 2021, which will be the 25th anniversary of his WWF debut.

“You’ve got a big show in a big building and you’re trying to sell it out. I mean who better than the most electrifying man in sports entertainment. He is definitely Walking Tall, but he was in Get Shorty. Dwayne ‘The Rock’ is expected for Survivor Series. That is the plan.”

Also, the plan for the WrestleMania 38 main event right now is The Rock vs. Roman Reigns:

Zarian also reported that The Rock won’t stick to just one brand. He’s set to appear on both RAW & SmackDown:

“I can tell you, USA Network tentatively wants him on that Monday. By the way, he’s gonna go everywhere. This isn’t like a RAW storyline. He’s going to be on everything.”

There were rumors that The Rock might wrestle at Survivor Series 2021, by Zarian is reporting that there are no plans for him to wrestle this year (as of this writing).

He also portrayed The Black Scorpion in 1990, before Ric Flair was revealed to be under the mask at the end of Starrcade.

Al (in his prime) facially resembles current WWE wrestler Seth Rollins so much, that it’s safe to say: If Rollins actually had the body of a (heavyweight) professional wrestler, that’s exactly how he’d look like.