HIGH #6: Brock Lesnar Makes History Brock Lesnar finally defeated Goldberg at WrestleMania 33 to capture the WWE Universal Championship. Not only was this Lesnar’s first victory over Goldberg, but Lesnar also claimed a “first time ever” feat by doing so. Lesnar became the first and only man ever in the history of Professional Wrestling to defeat Goldberg “clean”. 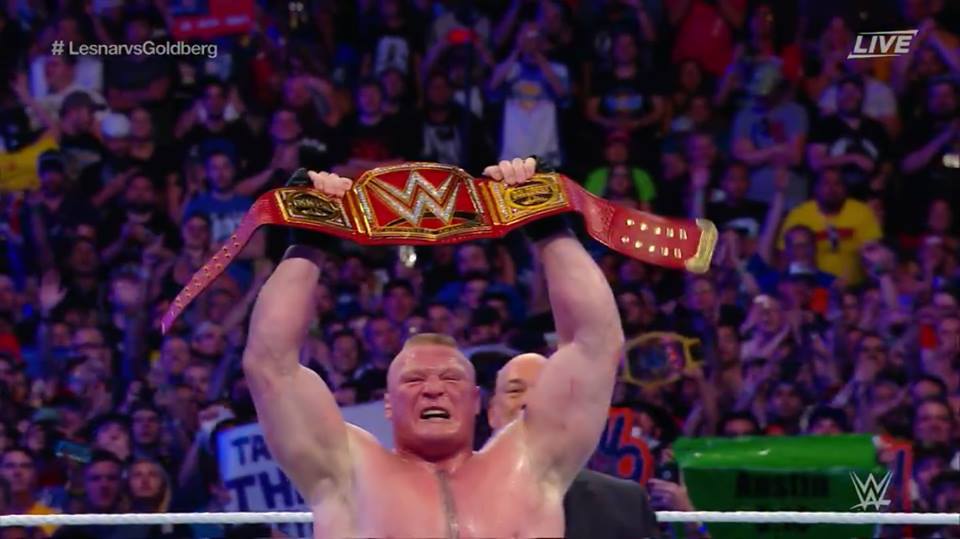 Many fans think Goldberg lost to Booker T clean in WCW when he was a heel, but that’s not true as Ernest “The Cat” Miller caused distraction in that match to allow Booker T to defeat Goldberg.