Up next is the Raw Tag Team Championship Ladder match. Enzo Amore & Big Cass are out first and they do their usual ring introductions.

This is their WrestleMania debut and they get a huge reaction! Out next are the former Raw Tag Team Champions Cesaro & Sheamus.

Raw Tag Teams Champions Luke Gallows & Karl Anderson are out next to make their WrestleMania debut as a tag team.

The New Day comes out and announce that they will be a fourth team in this match and out comes THE HARDY BOYZ! 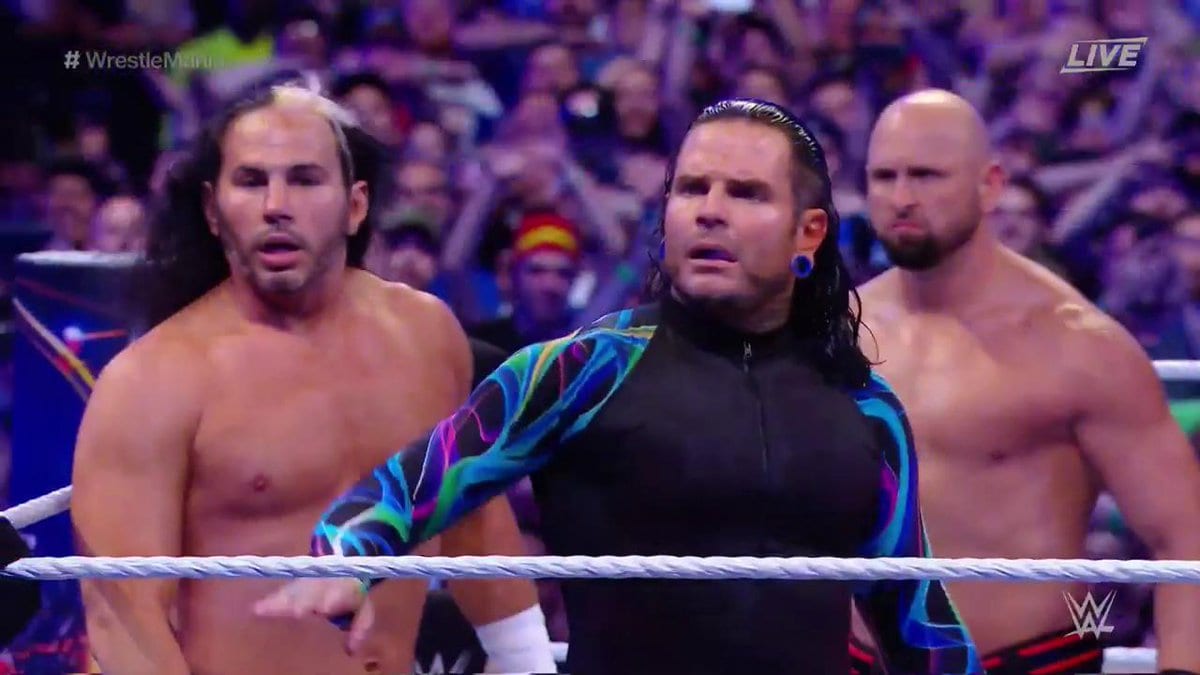 You can watch their return below:

The #NewDay have BROKEN some #WrestleMania news! #HardyBoyz are BACK & have been added to tonight's #RAW #TagTeamChampionship Ladder Match! pic.twitter.com/fID80qJXEg

You can expect a LOT of innovative offense in this one! Take this example from @WWECesaro… #WrestleMania pic.twitter.com/7sKyEoDlw4

The Hardy Boyz have captured the Raw Tag Team Titles! 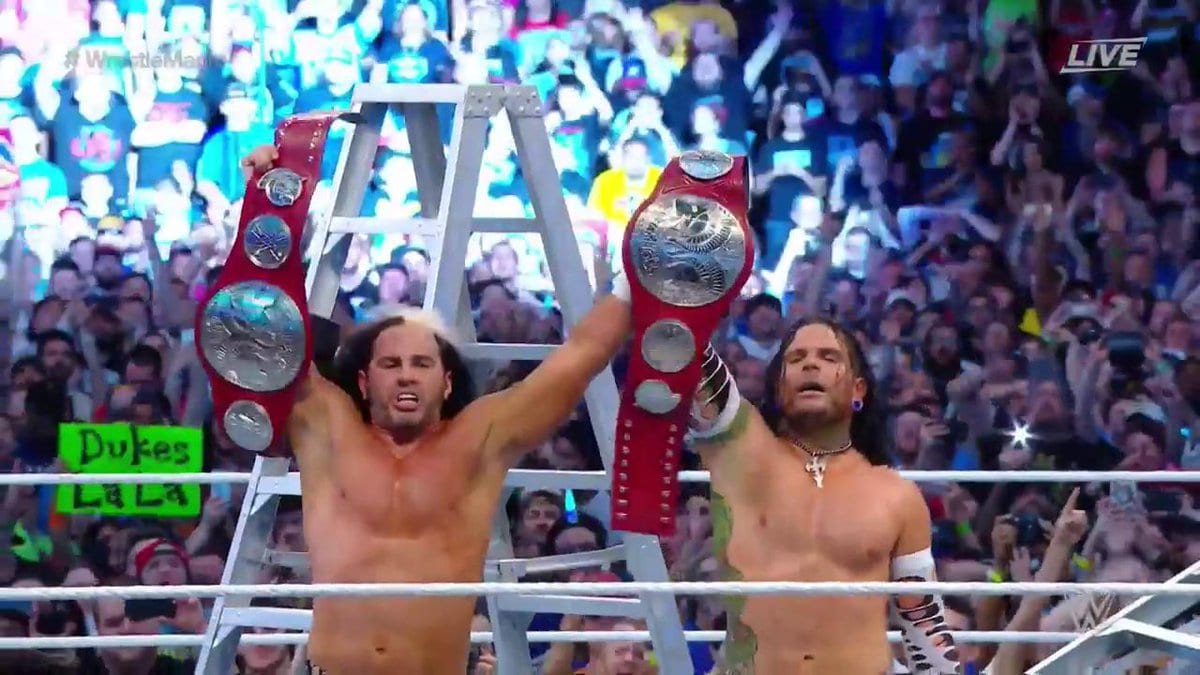