After The Undertaker’s main event match at WrestleMania 33 ended, pyro went off on the entrance stage and some of flames came in contact with the set and it caught fire.

WWE employees immediately noticed this and used the fire extinguisher. Below is video: 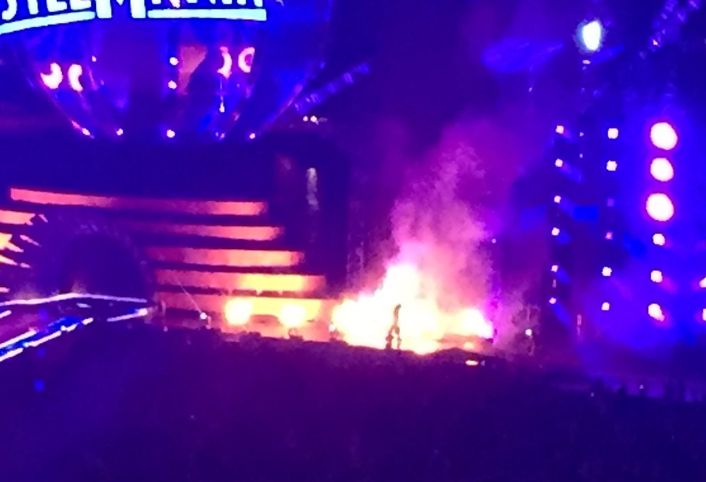 A similar pyro accident happened in 2008 at WrestleMania 24 where some people were injured.