On tonight’s episode of Raw, Braun Strowman called out Roman Reigns in the main event segment of the show. Instead, he got THE UNDERTAKER!!!

The Deadman gets in the ring and stands face to face with Strowman and this leads to Strowman backing out of the ring. Huge “Undertaker” chants break out. Strowman leaves the arena. 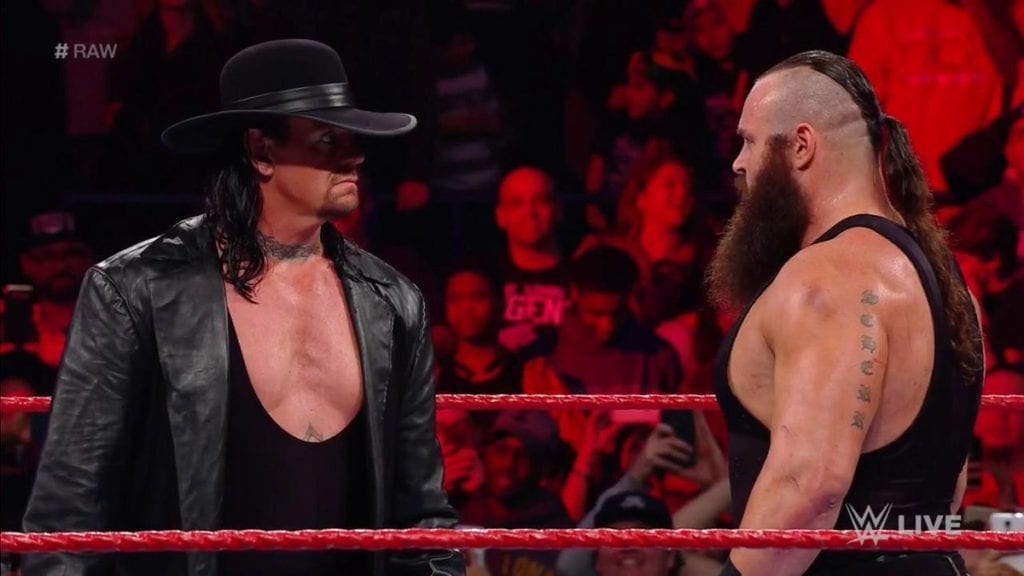 The Undertaker & Braun Strowman in the same ring on Raw

The Undertaker’s music hits again and he starts to leave, but Roman’s music hits and out comes “The Big Dog”! Roman says Strowman called him out, not The Deadman and then says this is his yard now! 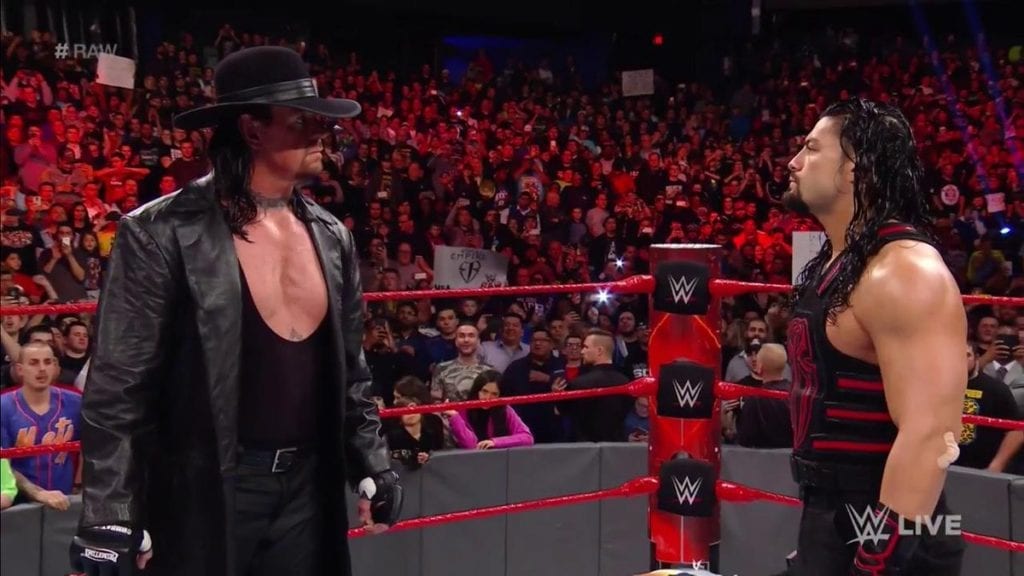 The Undertaker vs. Roman Reigns Official For WrestleMania 33

The Undertaker looks at the WrestleMania 33 sign and chokeslams The Guy and leaves!!! Michael Cole bills this as the return of the original big dog to take his yard back!

After a glance at the @WrestleMania sign, The #Undertaker sends a CLEAR MESSAGE to @WWERomanReigns! #RAW #Chokeslam pic.twitter.com/G8ogsLkFFR

A WrestleMania 33 match between them is officially set! You can watch the segment below: