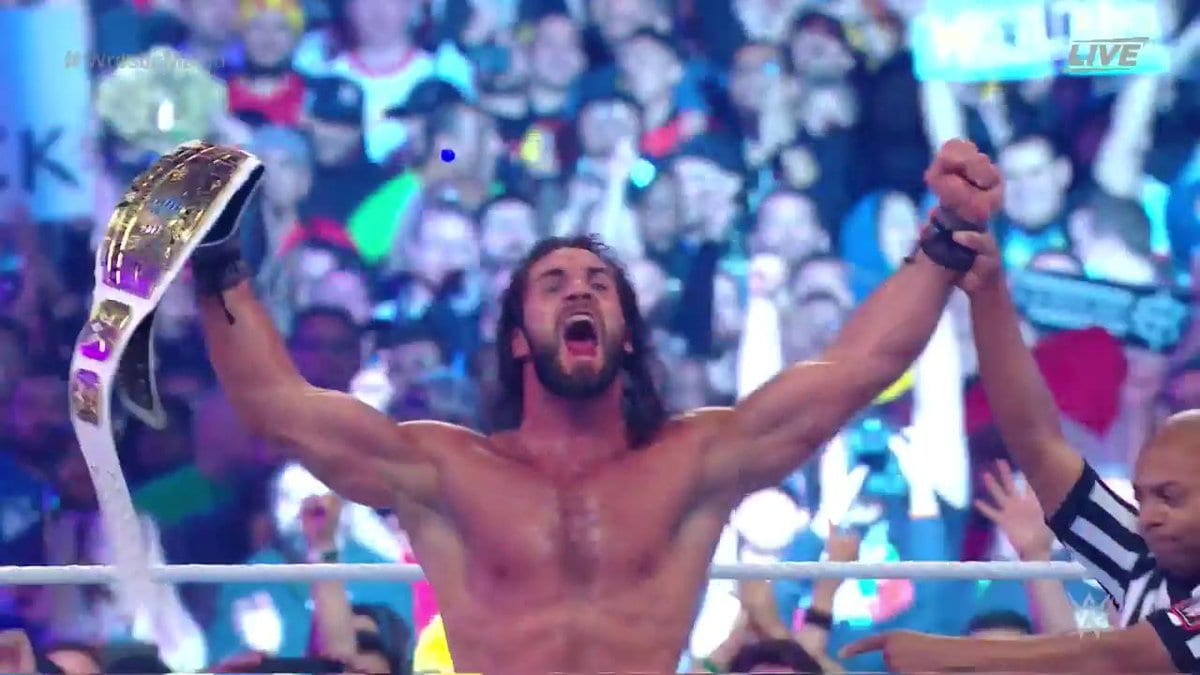 Up next is a Fatal 4 Way match for the United States Championship between Randy Orton, Bobby Roode, Jinder Mahal & Rusev.

Orton nails RKOs on Aiden English, Rusev & Jinder Mahal and goes for the pin on Jinder, but Roode breaks it up.

Roode nails a Glorious DDT on Orton and goes for the pin, but Jinder breaks it up.

Mahal nails a Khallas on Rusev to get the pin! 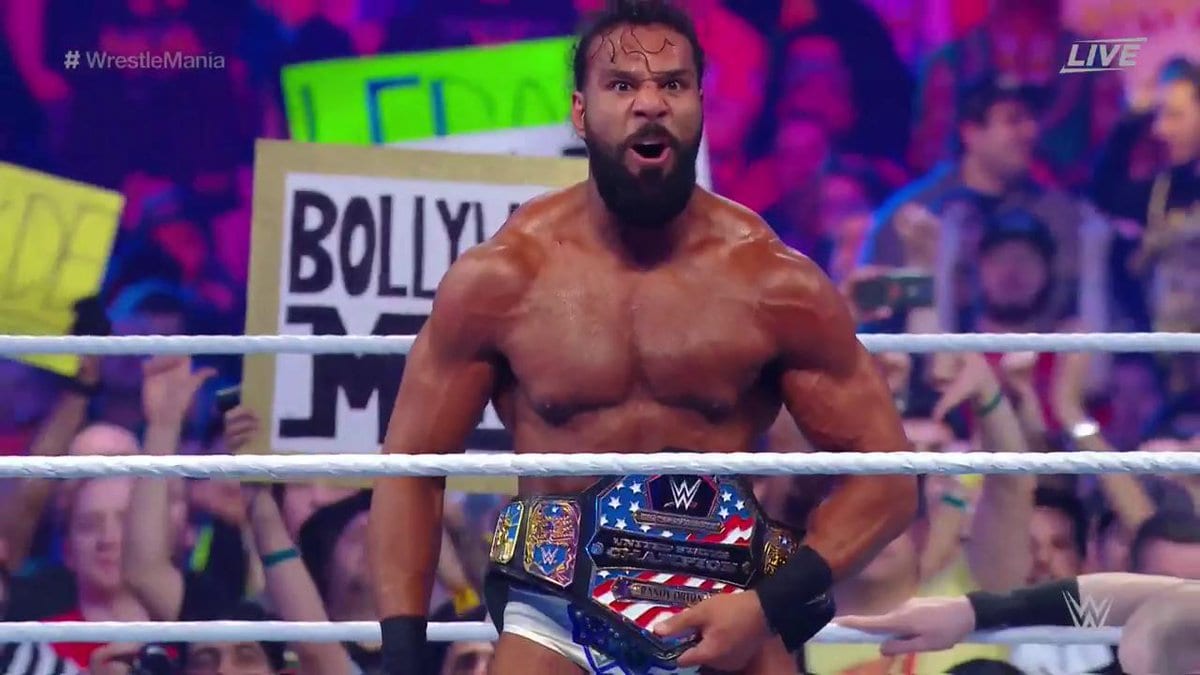 Up next is the Mixed Tag Team match! Triple H & Stephanie McMahon make their way out first on bikes. Out next are Kurt Angle & Ronda Rousey (who is paying tribute to Roddy Piper with her outfit).

Stephanie slaps Ronda and pulls her hair to slam her down before the match begins. Triple H & Kurt Angle start the match.

Triple H throws Angle out of the ring and Stephanie slams Angle’s head on the Steel Steps. Kurt Angle is now is Stephanie’s corner and Stephanie is choking Angle and Triple H goes to take advantage of this and goes to hit a punch, but Angle moves out of the way and almost hits Stephanie.

Stephanie goes to Ronda’s corner from the outside and pulls her feet…down goes Ronda!

Angle tags in Ronda and Ronda goes in like a missile and absolutely lays out Stephanie!

WHAT THE HELL HUNTER #WrestleMania pic.twitter.com/xOMLIcMXIm

Ronda goes for an Armbar, but Stephanie doesn’t let her and pokes her in the eye. Steph is looking to tag in Triple H, but he’s laid out on the outside.

Stephanie hits a DDT on Rousey and is now working on her back. Stephanie is now mocking Rousey, but Ronda stops her by grabbing her by the throat and hits a variation of a Samoan Drop! Ronda goes for the pin, but Triple H pulls the referee out.

Triple H pulls Ronda out of the ring as well and Ronda goes face-first on the floor! Triple H now throws Kurt Angle on top of an announce table.

Ronda now enters the ring and fights Triple H and dominates him! Ronda is looking to hit the Samoan Drop on Triple H, but Stephanie interrupts and slaps Ronda.

Ronda & Stephanie fight on the outside and Steph sends Ronda face-first into the ring post. Angle is now in the ring and nailing German Suplexes on The Game!

Angle nails the Angle Slam on Triple H, but Triple H kicks out at 2! Angle is looking to lock-in the Ankle Lock, but Stephanie breaks it up.

Steph goes to kick Angle, but Angle catches her leg and locks in the Ankle Lock!!! Triple H breaks in up and nails a Pedigree and goes for the pin, but Ronda breaks it up!

Triple H comes for the save, but Angle stops him and locks in the Ankle Lock! Triple H pulls his leg out and Angle goes flying into Ronda Rousey and both submissions have been broken.

HHH and Steph are now looking to hit Pedigrees on Angle & Rousey, but both of them counter and Rousey looks in the Armbar and Stephanie taps out!

Up next is the SmackDown Tag Team Championship match. The New Day make their way out first.