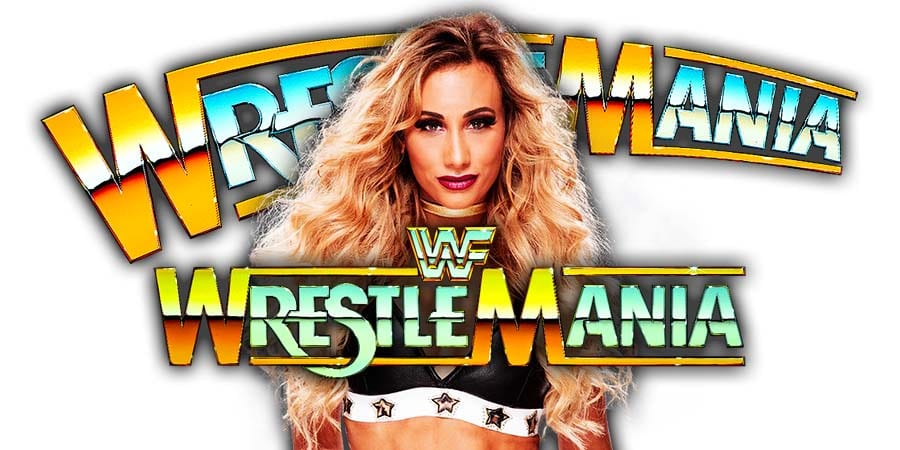 This is Nese’s 1st Title reign in WWE.

WHAT A HOMECOMING! Long Island's own @TonyNese has DEFEATED @WWE_Murphy to become the NEW #Cruiserweight Champion! #WrestleMania #205Live pic.twitter.com/eoQA8TpckG

Tony Nese is your new CW champion, I didn’t expect that. #WrestleMania pic.twitter.com/Drqda8JxSz

Up next is the 2nd annual WrestleMania Women’s Battle Royal. Only a few wrestlers got their entrance with theme song.

Ember Moon has returned from injury for this match, but she was eliminated from the match.

Dana Brooke is on fire as she eliminates Ruby Riott and Liv Morgan from the match!

Mandy Rose & Sonya Deville both attacked Dana and eliminated her. The crowd was behind Dana, but she has been eliminated from the match.

Asuka, Sonya Deville and Sarah Logan are left in the match now. Logan eliminates both women, but Carmella is still left!

Carmella is now trying everything she can to eliminate Logan, but fails. Carmella hits a superkick and eliminates Logan!

You can check out how Carmella won the match below: