This is part 4 of our WrestleMania 35 live coverage (part 3 is here).

Up next is the 4th and final match of the WrestleMania 35 Kickoff show – the 6th annual Andre the Giant Memorial Battle Royal.

The only names that got a separate entrance for this match are The Hardy Boyz, the SNL guys and Braun Strowman.

Stromwan is not wearing a vest as he has cut down his fat and looks in incredible shape!

Strowman and Harper (former Wyatt Family members) come face to face, but other wrestlers attack them.

Luke Gallows throws Strowman out of the ring, but he went through the middle rope.

Wrestlers are getting eliminated very quickly from this match as a lot of names competed in this match.

An angry Strowman returns in the ring and eliminates Gallows & Heavy Machinery!

The SNL (who were hiding under the ring) now enter and try to eliminate Strowman from behind but fail.

Only Strowman and these two SNL guys are left in the match now.

One of the SNL guys brings in his therapist (who is a wrestler) and Strowman lays him out with a Chokeslam.

The other SNL guy tries to eliminate himself, but Braun stops him and slaps him out of the ring.

Strowman goes after the other guy, but almost eliminates himself. Strowman eliminates the final guy as well by throwing him out on top of other wrestlers.

You can watch the final elimination below: 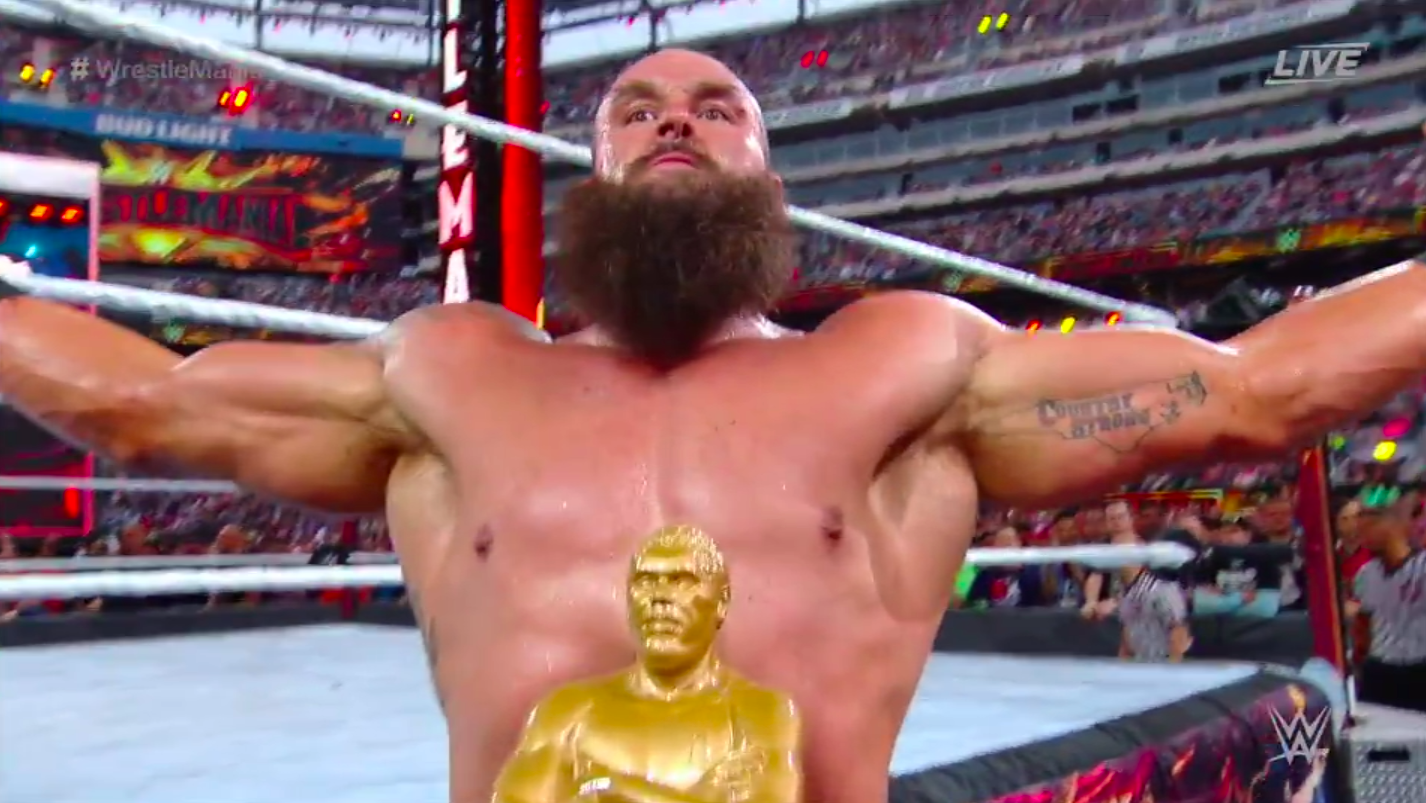 Strowman lifted the heavy Andre trophy to celebrate his win!