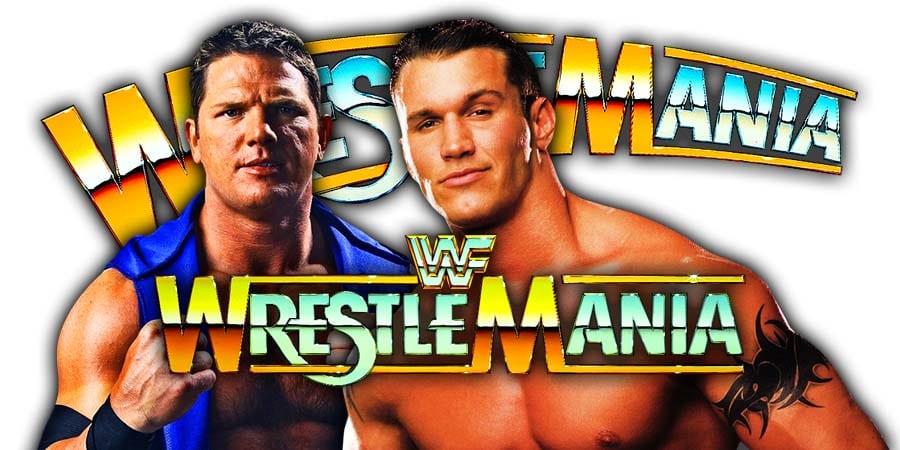 This is part 6 of our WrestleMania 35 live coverage (part 5 is here).

Up next is Randy Orton vs. AJ Styles. WWE Hall of Famer Jerry “The King” Lawler came out to do commentary for this match.

Styles goes for the Phenomenal Forearm, but stopped once he saw Orton was in RKO position and Orton dropped on his back. Styles then hit a Springboard 450 on Orton.

Orton hits a big superplex on Styles and goes for the cover, but Styles kicks out.

Orton is looking to hit an RKO on AJ from the top rope, but AJ gets out of it and hits a Pele kick to send Orton to the floor.

.@AJStylesOrg beats @RandyOrton at the grandest stage of them all. #WrestleMania pic.twitter.com/fPU0WcbfLj

Lacey Evans walks out after the match, poses and leaves.

The Bar is absolutely brutalizing their opponents as Cesaro is continuously doing the Cesaro Swing and Sheamus is hitting his vintage chest punches!

After everyone hits their finisher, The Usos hit a Double Frog Splash on Sheamus to pick up the win.

The WWE Hall of Fame Class of 2019 came out on stage next.

Up next is a Falls Count Anywhere match. “The Best In The World” Shane McMahon makes his way out first, followed by former WWE Champion The Miz.

Shane O’Mac is brutalizing Miz and is about to hit his vintage Elbow Drop through the announce table on The Miz, but The Miz’s father interrupts.

Shane & Miz’s father get in the ring for a fight and Shane corrects Miz’s father fighting pose and then delivers a brutal knee to his gut!

This leads to Miz entering the ring and beating the hell out of Shane! Miz checks on his father and then goes back to beating up Shane.

Miz is now beating up Shane in the crowd. Miz throws Shane through a Table in the crowd and goes for the cover, but Shane kicks out.

Shane takes a crazy bump and Miz goes for the cover, but Shane kicks out again. Miz & Shane are now in the tech area (the same area where The Undertaker & Triple H brawled in the crowd back at WrestleMania 17 in 2001).

Miz hits Shane with a Skull Crushing Finale and goes for the cover, but Shane kicks out again!

Shane is climbing up the camera platform and it looks like we’re going to see a crazy bump!

Miz also climbs up and Shane has nowhere to go, but fall down. Shane begins apologizing, but Miz shows no mercy. Miz superplexes him off the structure and he goes down as well!

Shane is on top of Miz and referees goes for the cover and Shane is declared the winner!