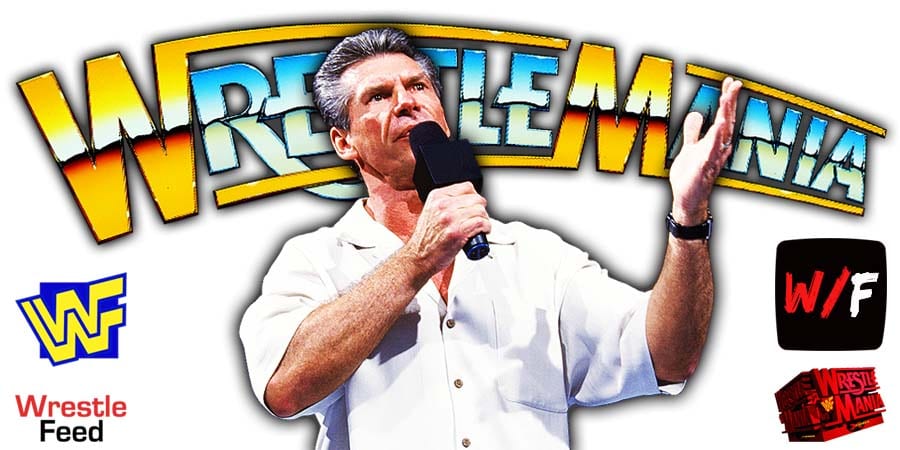 Night 1 of WrestleMania 37 is airing live from the Raymond James Stadium in Tampa, Florida.

There are no matches on the Kickoff Show, as the main show will open in a big way with the WWE Championship match.

WWE is doing this because fans are back at a WWE event for the first time in over a year and it’s kind of a big deal.

Around 25,000 fans expected in attendance tonight.

Before the Kickoff Show began, fans were told to evacuate their seats at the Raymond James Stadium and move indoors due to a severe weather.

A fan posted footage of the announcement being made and you can check it out below:

However, fans were later allowed back in and WrestleMania 37 Kickoff Show also began on the normal time.

Fightful Select is reporting that some part of the WrestleMania 37 set got damaged due to this and WWE is already working on it:

“After the weather ripped down some of the WrestleMania set, we’re told that men in hard hats were sent up to fix flags that were on top of the set’s ship and anything else that needs adjusted.” 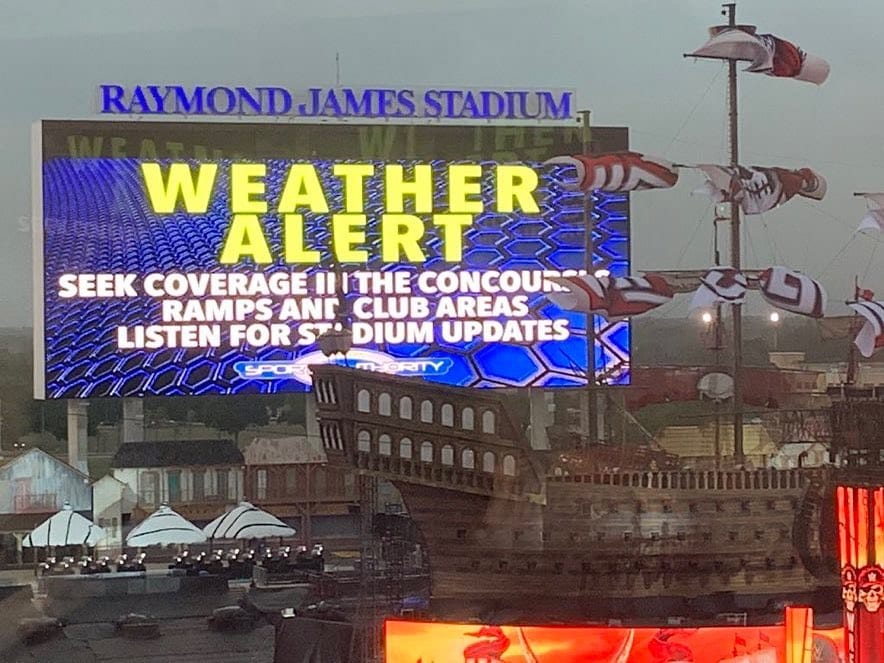 Raymond James Stadium issued a statement that the weather delay has been lifted:

“WEATHER UPDATE: lightning threat has passed, all parking and gates are back OPEN! Fans may return to their seats. Free parking at HCC is now closed. Thanks for being patient fans!”

WEATHER UPDATE: lightning threat has passed, all parking and gates are back OPEN! Fans may return to their seats. Free parking at HCC is now closed. Thanks for being patient fans!

Jerry Lawler just said on the Kickoff Show that the rain has stopped, so that’s a good thing.

The main show opened with Vince McMahon and the entire WWE roster on the stage and Vince welcomed the fans back. 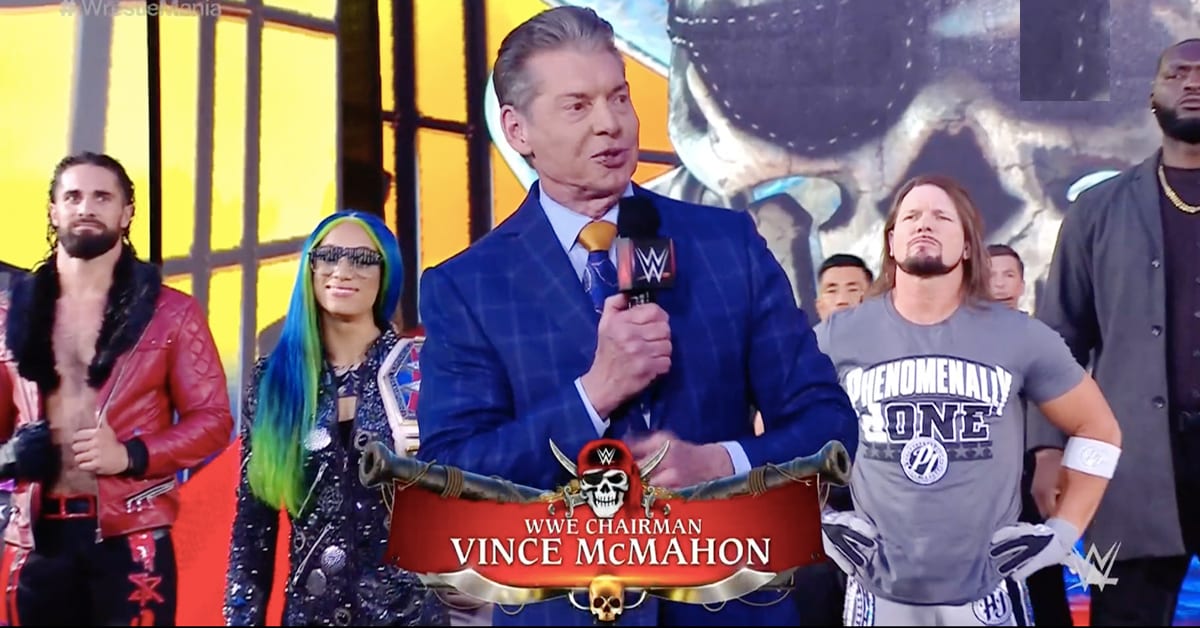 .@WWEUniverse, we're so happy to see you!

Below is a shot of fans in attendance: 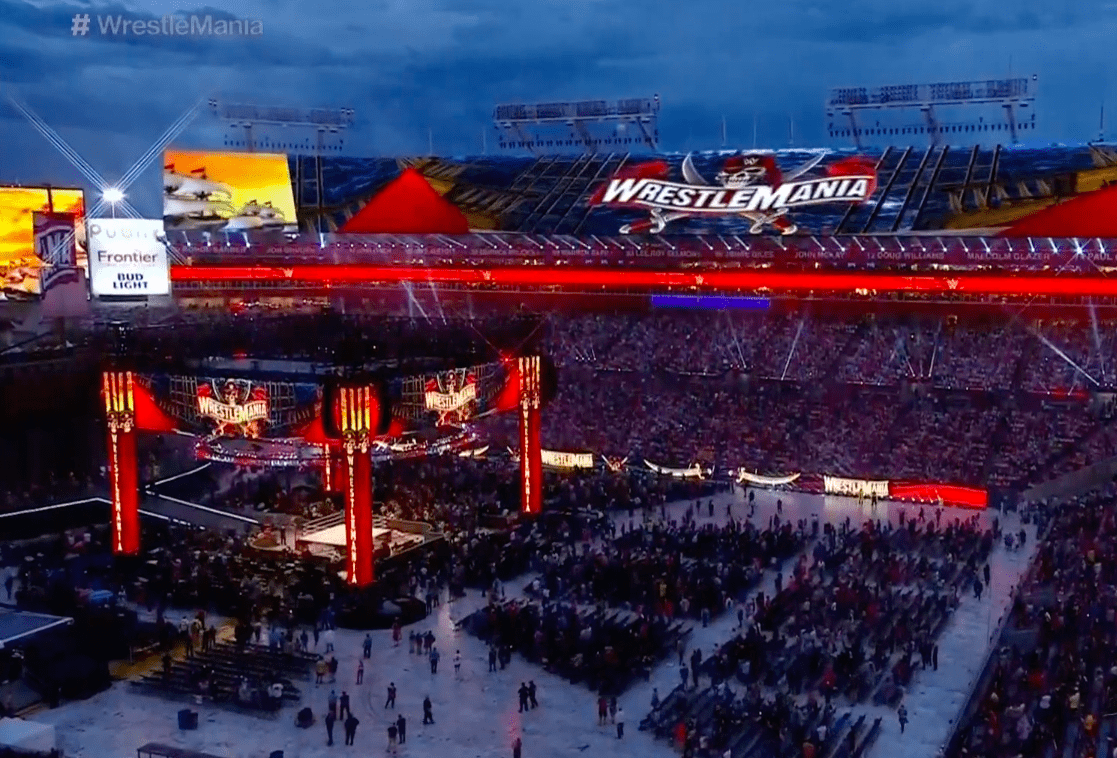 There’s a little delay now due to the weather.