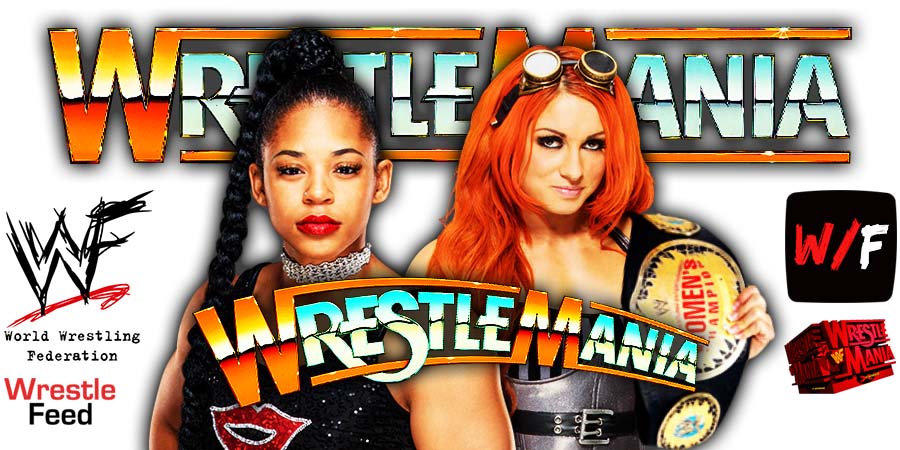 This is part 5 of our WrestleMania 38 live coverage (part 4 is here).

Up next is the RAW Women’s Championship match. The champion Becky Lynch came out first in a car.

Bianca Belair came out next and she got a special musical entrance.

The match begins in a similar fashion to their SummerSlam 2021 match. Bianca offered a handshake, but Becky hit her with a Forearm and went for the Rock Bottom, but Bianca countered.

Bianca went for the KOD, but Becky grabbed her braid and landed on her feet. Becky hit the Rock Bottom and went for the cover, but Bianca kicked out.

Becky locked in the Dis-Arm-Her, but Bianca powered her up and tried to throw her outside the ring, but Becky didn’t let go of the hold and both women went out of the ring.

Bianca picked up Becky on her shoulders on the second rope and dropped her on the ropes.

Belair then hit the 450 Splash and went for the cover, but Lynch kicked out.

Lynch hit a Sention from the top rope and Lynch’s feet hit Bianca hard in the face.

Becky hits a Rock Bottom on Bianca on the Steel Ring Steps outside the ring. Bianca managed to get back into the ring before the 10 count.

Belair hits Becky with the KOD to pick up the win!