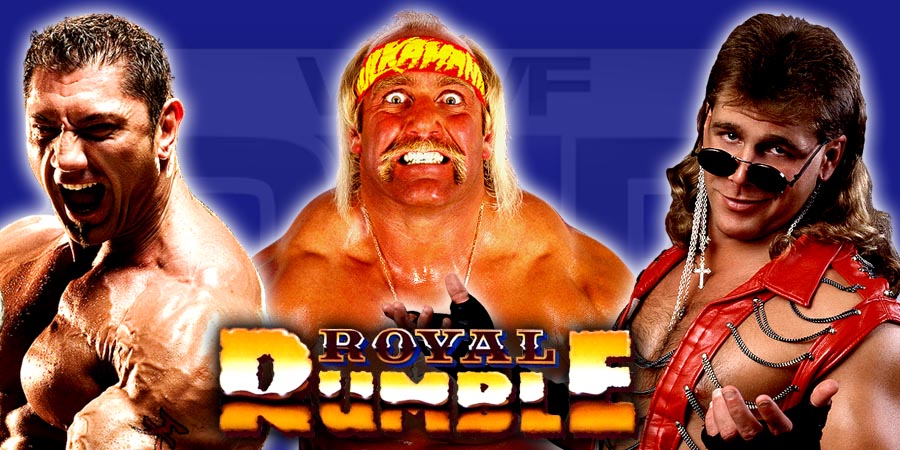 But only 6 men in history managed to win more than 1 of the famous 30 man over-the-top-rope Royal Rumble matches, and we have listed them for you:

Former Evolution member “The Animal” Dave Batista is one of 6 men who won multiple Royal Rumble matches in his career.

In 2005 Batista last eliminated John Cena, and in 2014 the last one thrown out was Roman Reigns.