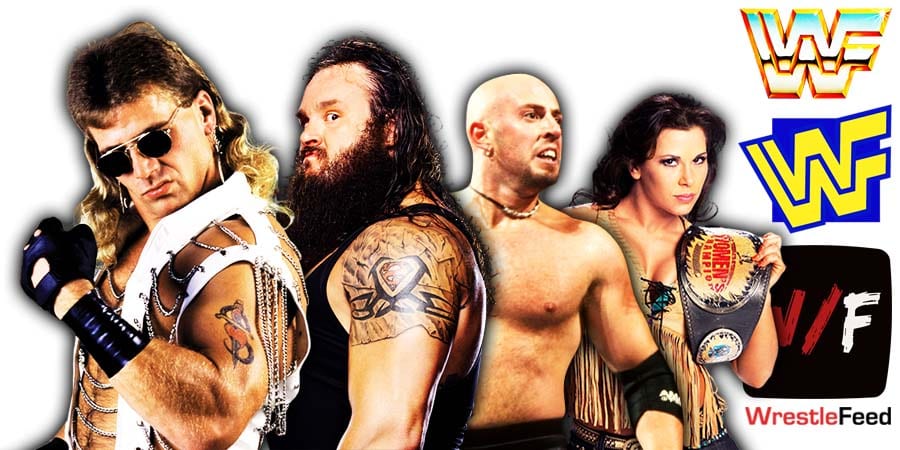 1. Shawn Michaels Says He Is Not One Of The Greatest Of All Time

Old School WWF Legend Shawn Michaels recently appeared on the ‘Rasslin with Brandon F. Walker’ podcast, where he was asked, whether he would consider himself to be one of the greatest in professional wrestling history.

Here’s how The Heartbreak Kid replied:

“I don’t. But it’s funny when you’re younger, because certainly you do. But I don’t know, I now have the ability to see everything in the rearview mirror.

Technically, at 56-years-old, I am back to where I was at 19. Where I was just realizing that my idea of success was having a car and a one-bedroom apartment, and maybe one of the main guys in a local territory in South Texas.

Obviously, it has become so much more than that. I am now unbelievably flattered that I get mentioned.

Look, people argue about it, whether who is or who isn’t, and my name is in there. And that, to me, is good enough. That is beyond my wildest dreams.

Those things never get determined, and every generation is different.

Again, I’m just glad to be at this point in my life and look back on a really cool body of work that I’m proud of.”

*Go to the NEXT page to read the next news story