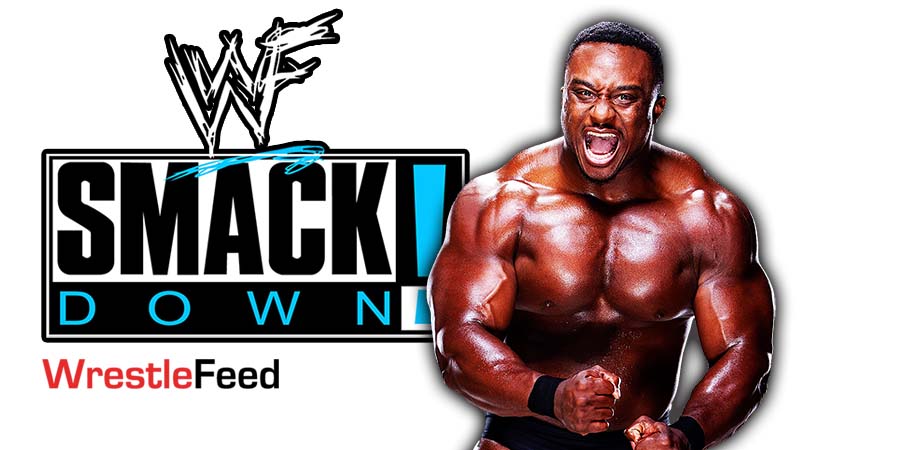 During this match, Big E landed on his head on the outside due to a Belly-To-Belly Overhead Suplex from Holland.

Big E has now announced that he broke his neck. You can watch the video he posted on Twitter below:

Below is how WWE Stars reacted to Big E getting injured:

Becky Lynch: One of the best humans in the world. I’m hoping you’ve been keeping it a secret that you have wolverine-esque healing powers. Thinking of you. Love you E.

Liv Morgan: We love u E 🖤 🙏 .. So thankful you are okay and in good spirits. The power of positivity ✨

Taz: I’ve said it many times over the years, suplexing is ALL about proper technique & training, not strength. 🙏 Big E.

Mick Foley: Just heard about Big E. Actively saying my prayers. Wishing, hoping and praying for a full and completely recovery for this amazing man. @WWEBigE 🙏🙏 🙏

Xavier Woods: Went to see E and he’s in good spirits. Hell of a guy and beyond proud to call him my brother.

Kayla Braxton: Big E is truly one of the most incredible humans I’ve ever known. Broken neck and he’s more concerned with how we all feel. We don’t deserve that man.

Killer Kross: I know you’re literally comprised of positive vibes and gamma rays but I’m sending you more back at you anyways for a fast recovery brother 🙏

Keith Lee: I saw your vid @WWEBigE. You say don’t worry, but you know what it is…. Here’s to your healing brudda.

Natalya: We love you so much, @WWEBigE. Keeping you in my prayers. We’ve all got your back. You’re one of the toughest human beings I know.

2. Men at Work vs. The Barrio Brothers

4. Renegade vs. The Gambler