The fight was slightly delayed as there was high demand all over the world and the streaming services were giving a problem. Below is a photo of Mayweather and McGregor congratulating each other after the fight: 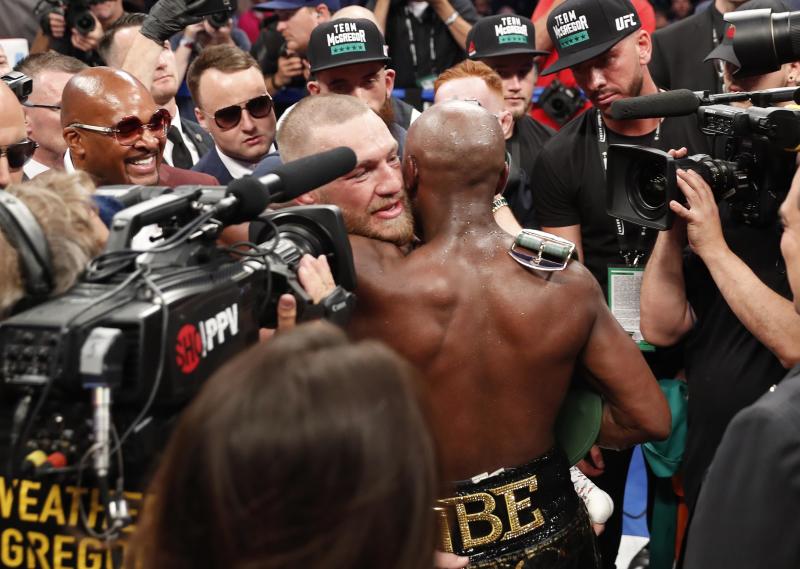 Floyd Mayweather defeats Conor McGregor in the 10th round via TKO

It should be noted that WWF Legend The Rock did the VO for the opening for Mayweather-McGregor and you can watch it below:

Pleasure doing this VO for our big fight tonight. Let's get after it boys. May the best man win. #MayweatherVMcGregor @TheNotoriousMMA @UFC pic.twitter.com/PUWYMv2PoD

Below is how the Pro Wrestling World reacted to this:

HECK OF A FIGHT! $100 VERY well spent! I'd pay to see a rematch in a heartbeat! Plenty of fortitude from @TheNotoriousMMA

Such an entertaining fight