The new “Biography” specials are helmed by some of the industry’s top directors and storytellers to chronicle the success of these WWE Legends and their lasting mark on both sports entertainment and popular culture. Each special will air weekly at 8pm ET/PT beginning Sunday, April 18.

Following at 10pm ET/PT, the brand-new series “WWE’s Most Wanted Treasures,” led by WWE’s Stephanie McMahon and Paul “Triple H” Levesque launches a hunt for some of WWE’s most iconic missing memorabilia including Kane’s original mask, Ric Flair’s Butterfly Robe, Andy Kaufman’s neckbrace, Andre The Giant’s passport and more. In order to find these quintessential relics, the team will join forces with WWE Legends including Undertaker, Ric Flair, Mick Foley, Booker T and more to bring these items home to the WWE Archives.”

Below is the Biography Lineup: 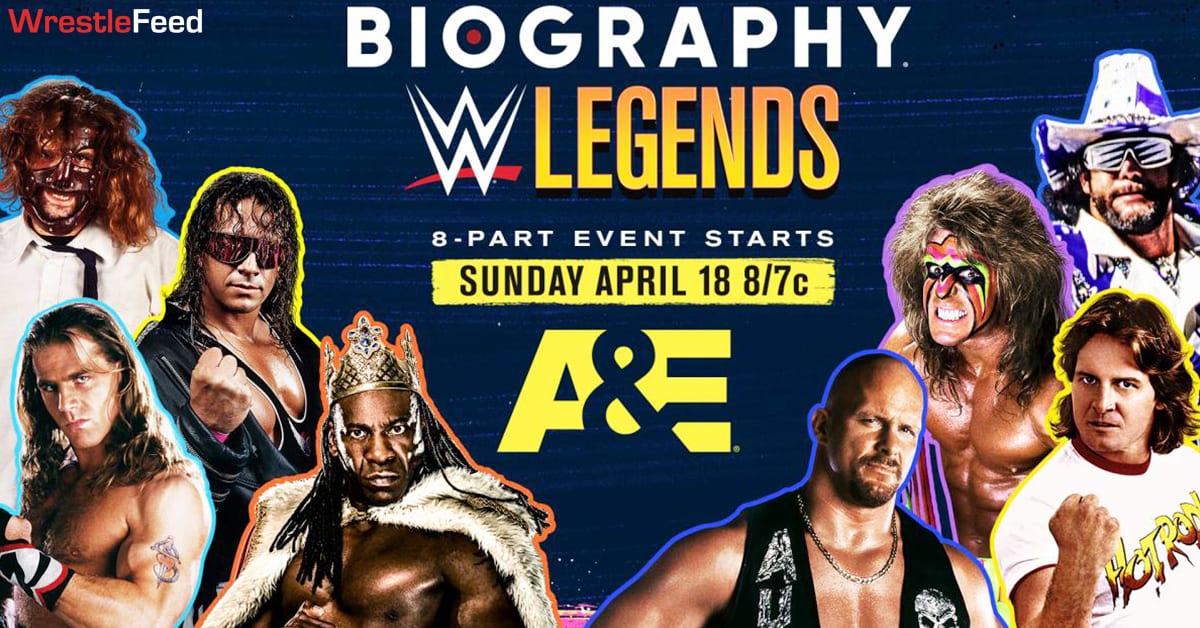 – The New Foundation vs. The Brooklyn Brawler & Louie Spicolli

– Randy Savage vs. Jake “The Snake” Roberts (From SNME)