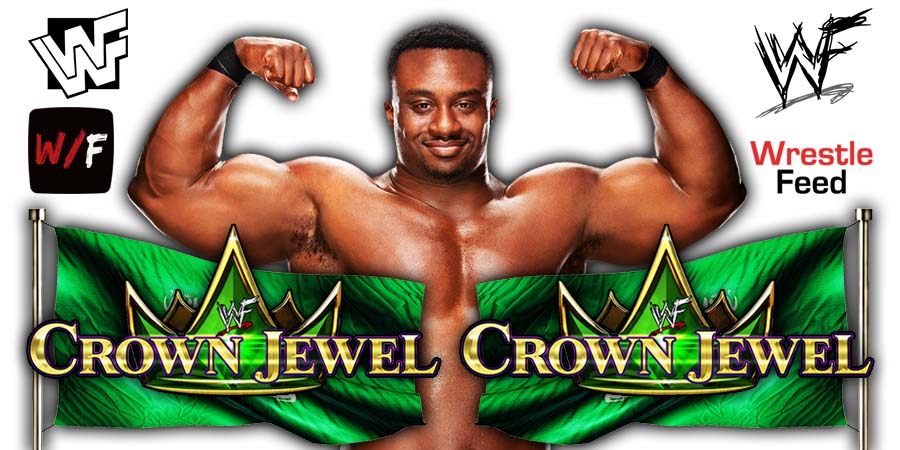 On tonight’s episode of RAW, WWE Champion Big E called out Drew McIntyre. Drew came out and said while he’s going to SmackDown, he still has unfinished business on RAW and wants a shot at the WWE Championship one more time.

Dolph Ziggler & Robert Roode interrupted. Dolph reminded Big E that he used to be his bodyguard and watched him cash-in his Money in the Bank contract in 2013. Dolph claimed without him there would be no Big E or New Day

Dolph then reminded Drew that he brought him back to RAW and without his mentoring he never would’ve beaten Brock Lesnar in the main event of WrestleMania to become WWE Champion, and wants a thank you from Big E & Drew.

Roode said he puts the body in bodyguard (while showing his physique) and said everyone calls him Big Bob. Big E said no one calls Roode by that name and the only thing they owe Dolph is an a$$ whopping.

Big E then agreed to defend the WWE Title against McIntyre at Crown Jewel.

Below is the updated match-card for this month’s Saudi Arabia PPV: