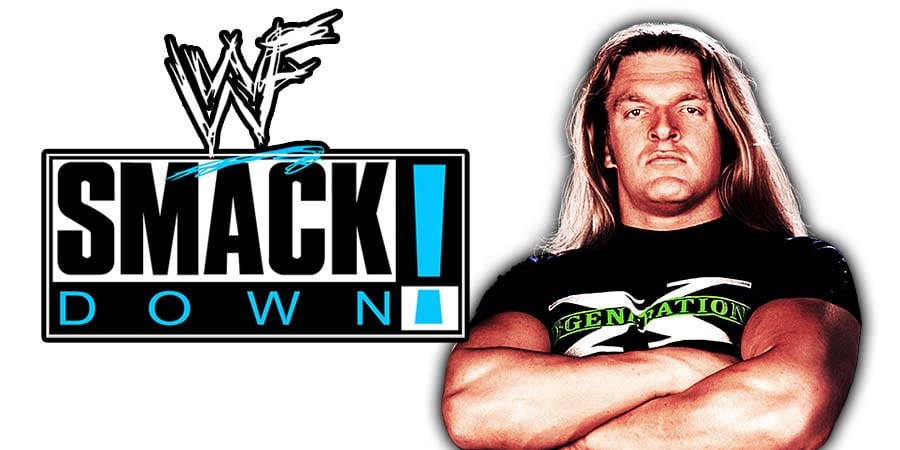 As seen on last week’s episode of SmackDown, WWE Hall of Famer “The Game” Triple H was a part of commentary along with Michael Cole.

According to Fightful, Triple H was scheduled to head to the back after the first match, but WWE made a change and decided to have HHH throughout the show because of the great social media response to The Game’s commentary with Cole:

“We’re told originally there wasn’t supposed to be so much Triple H involvement on-screen on Friday’s episode of SmackDown.

Originally there were to be more guests featured, but Triple H’s chemistry and social media reaction led to an on-the-fly call to have him stick around throughout the entire show.”