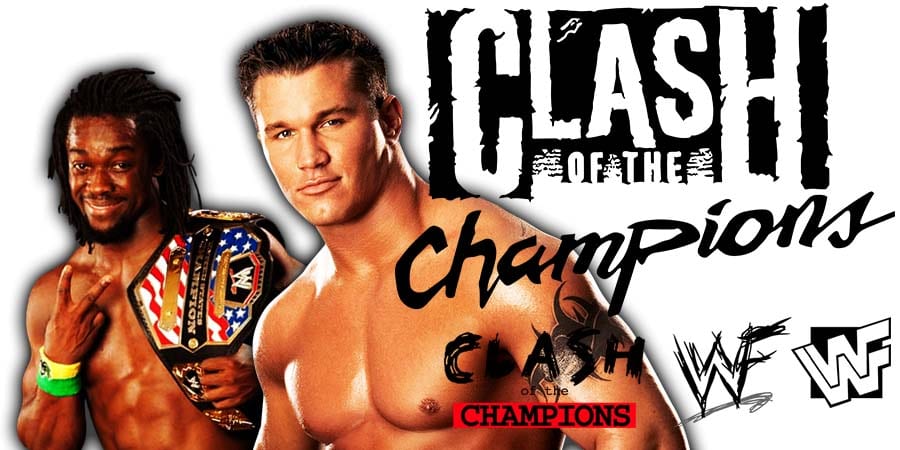 Up next is the RAW Women’s Championship match. “The Boss” Sasha Banks makes her way out first, followed by “The Man” Becky Lynch.

After good back & forth action, Sasha locks in the Bank Statement, but Becky manages to reach the bottom rope.

Sasha now brings a Steel Chair in the ring and hits Becky with it, but the referee doesn’t see it. Sasha goes for the cover, but Becky still kicks out!

Becky now attacks Sasha with the Steel Chair. Both women are now brawling in the crowd.

The action now returns to the ring and Becky is destroying Sasha with Steel Chair shots!

Becky makes Sasha tap out with a Dis-arm-her through a steel chair and the referees come out to stop Becky.

Becky gets disqualified for striking the referee. So Sasha wins the match, but Becky is still the champion.

Up next is the WWE Championship match. “The Viper” Randy Orton makes his way out first, followed by Kofi Kingston.

Fans are chanting for Randy.

After back & forth action, Orton hits Kofi with an RKO and goes for the cover, but Kofi manages to put his leg on the bottom rope.

Orton is now goes for the Punt Kick, but misses and Kofi hits the Trouble In Paradise to defeat Orton.