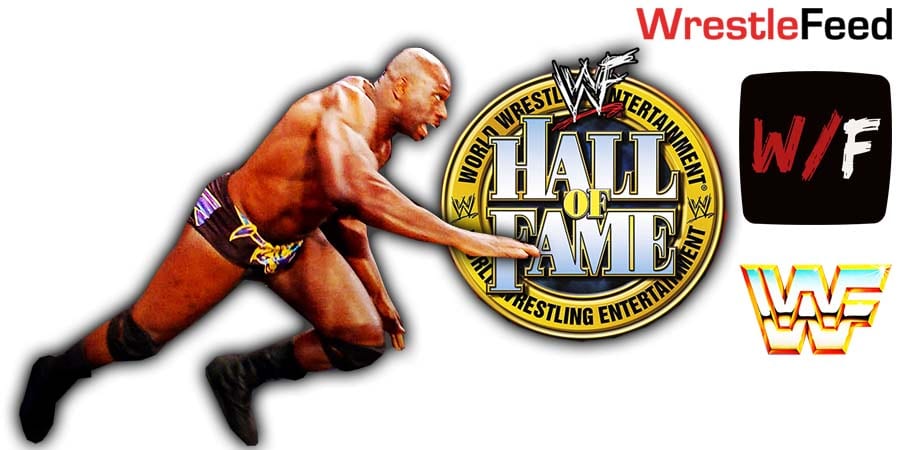 WWE has finally confirmed that Titus O’Neil will get the Warrior Award as part of the WWE Hall Of Fame Class Of 2020.

WWE posted the following about him:

“Titus O’Neil is one of the most philanthropic Superstars in WWE history.

A fixture in the Tampa Bay community and passionate about giving back to families in need, O’Neil founded The Bullard Family Foundation, an organization that provides families and children in need with special moments, programs, and resources to help build character, develop relationships, and strengthen communities around them.

In addition, O’Neil is an Ambassador for WWE, helping thousands of individuals through various nonprofits and WWE partners including Susan G. Komen, Boys & Girls Clubs of America and Special Olympics.

His passion for community and uplifting others inspired him to write his first book, “There’s No Such Thing as a Bad Kid: How I Went from Stereotype to Prototype,” in 2019. O’Neil is a Tampa Bay native and graduated from the University of Florida where he was a standout football player for the Gators.”

Stephanie McMahon had the following to say about Titus:

“Titus is a dedicated father, humanitarian and WWE Global Ambassador. His unwavering passion to help others in need is simply unmatched.

Although he does not seek recognition, I am thrilled that his work will be spotlighted to WWE fans around the world.”

Below are the confirmed names for this Tuesday’s Hall Of Fame ceremony:

It was broadcasted from the Ohio Center in Columbus, Ohio and included pre-taped matches, interviews & storyline segments featuring the 1987 WWF Superstars.

3. Billy Jack Haynes vs. The Gladiator