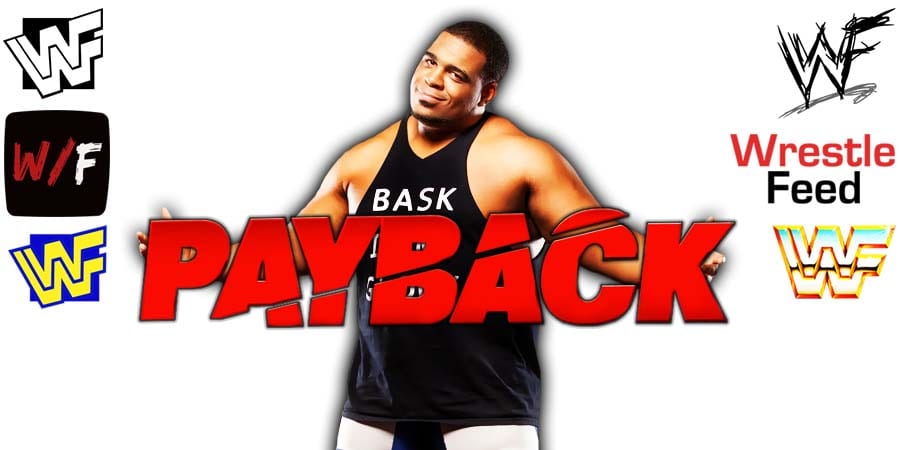 However, Vince McMahon did get him a role in the Hulk Hogan movie ‘No Holds Barred’, as a character called the “Big Headbanger”.

Keith Lee pulled an upset at WWE Payback last night and defeated Randy Orton to get his first win on a WWE main roster pay-per-view.

As we noted before, WWE has big plans for The Limitless One, including a shot at the WWE Championship.

The Wrestling Observer is now reporting that Lee defeating Orton was done to set up a feud between them for the WWE Championship, as The Legend Killer is expected to take the Title off Drew McIntyre in their current feud.

“The only upset was Keith Lee’s quick win over Orton, and I thought that result just made sense. I think that the one thing is that, to me, as soon as I saw that result, I was like, ‘Orton is winning the title from Drew McIntyre after all. I don’t know that, but that was the immediate conclusion I came to. And they are setting up for Orton vs. Keith Lee title matches as well.

So, if Orton is going to win the title, him losing to Keith Lee, I wouldn’t say it was a no-brainer; it’s WWE, they could have easily not done it, but they did it, and it wasn’t a great match at all, you know six minutes and just a pin out of nowhere but just him winning, from a storyline standpoint, everything like that and a star-creating standpoint, it was a good move.”