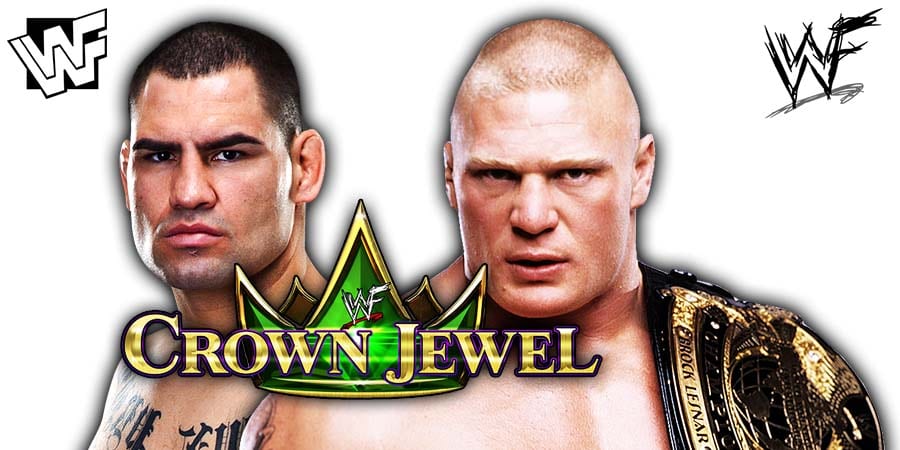 WWE Crown Jewel 2019 main show kicks off in a major way with the WWE Championship match!

WWE Champion “The Beast Incarnate” Brock Lesnar makes his way out first to a huge pop, followed by Rey Mysterio and Cain Velasquez!

He's looking for history to repeat itself.

Brock is super over with the Saudi crowd.

The match begins and Cain kicks Brock multiple times. Brock tries to take down Velasquez, but sends him into the corner and delivers knees. This is an MMA type match.

Cain kicks Brock in the head and Brock is down! Cain is delivering shots, but Brock locks in the Kimura Lock and Cain taps out!

Brock has the Kimura still locked in and Mysterio attacks Lesnar with a Steel Chair!

Lesnar throws Mysterio out of the ring and attacks Cain with the chair!

Brock F5s Cain on a Chair and Rey then attacks Brock with chair shots and Brock retreats! 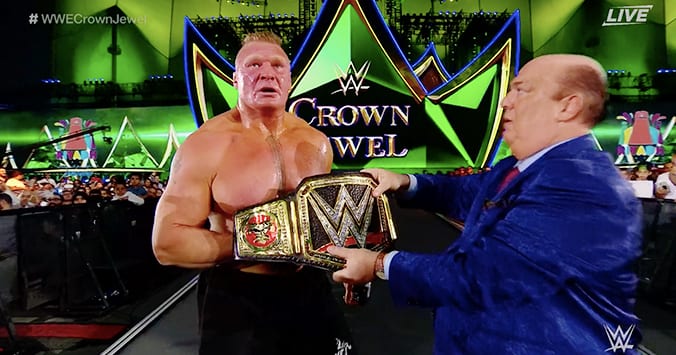