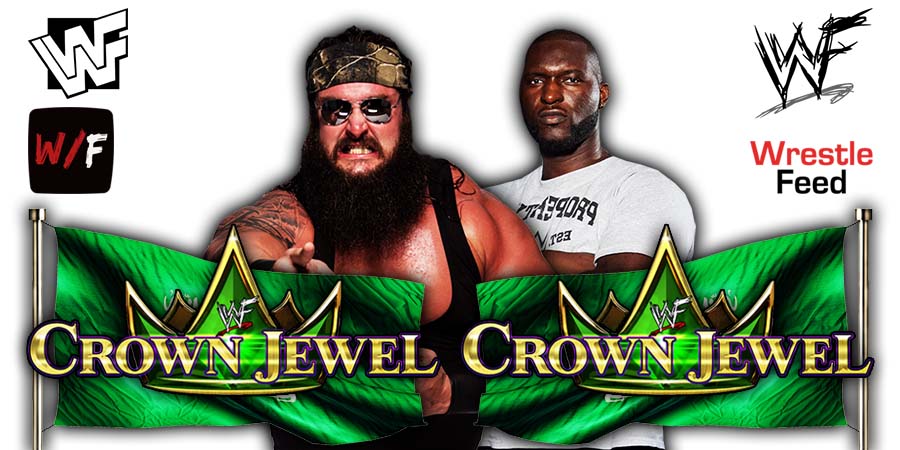 Up next is a Giant vs. Monster match. Omos makes his way out first, followed by former Universal Champion Braun Strowman.

Omos has the size advantage and he is dominating Strowman. Strowman wants to pick up Omos for the Powerslam, but can’t.

Strowman comes back into the match and clotheslines Omos out of the ring. Braun wants to go for the Strowman Express outside the ring, but Omos puts him down.

Omos goes for a corner attack, but misses. Strowman picks up Omos and hits the Running Powerslam for the win!