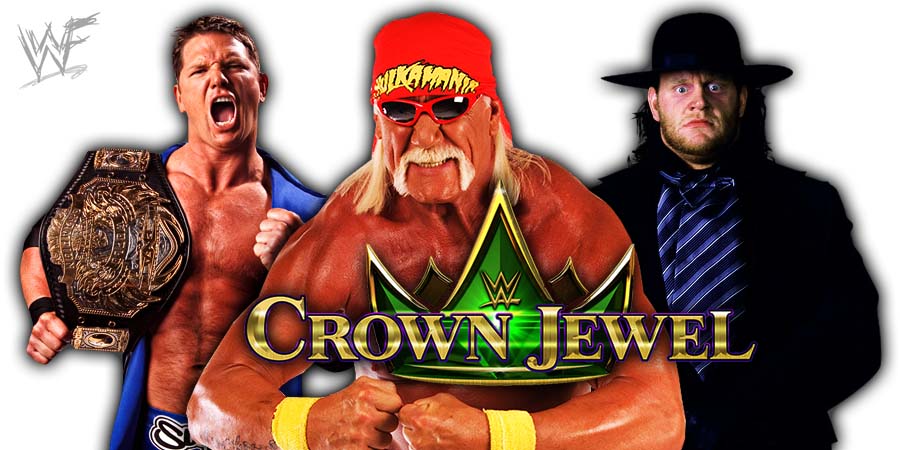 Below is the match-card for the PPV:

The end came when Rusev was going for the Accolade, but Nakamura hit a low-blow with his head and then Nakamura nailed the Kinshasa for the win.

The main show begins with Hulk Hogan coming out as the host to a huge pop!!! Big time pyro goes off and everyone is on their feet!

Hogan begins with “Let me tell you something, brother!”.

Hogan says it’s awesome to be back here in WWE! Hogan then officially kicks off the show.

WATCHA GONNA DO when HULKAMANIA and #WWECrownJewel RUN WILD ON YOU?! pic.twitter.com/nulkYlJ7rk

You can watch Hogan’s segment below:

Well let me tell you something, BROTHER….@HulkHogan is in the house, and he's hosting #WWECrownJewel! pic.twitter.com/XRSEbW7eRc

First match of the main show is Rey Mysterio vs. Randy Orton in the first round of the WWE World Cup tournament.