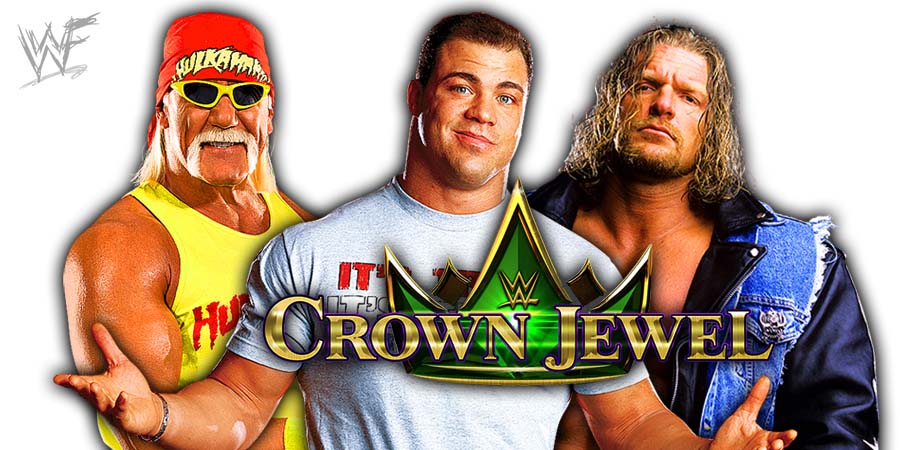 This is part 3 of our WWE Crown Jewel live coverage (part 2 is here).

Up next is Jeff Hardy vs. The Miz. The winner of this match will face Rey Mysterio (who beat Randy Orton before this match).

Jeff is giving Miz a hard time from the get-go. After back & forth action, The Miz tries to cheat by pinning Jeff using the ropes, but the referee catches him.

Jeff then went for the Twist of Fate, but Miz counters and hits the Skull Crushing Finale for the win!

Miz beats Jeff clean and will now battle Mysterio in the Semi-Final from SmackDown Live’s side.

Up next is Seth Rollins vs. Bobby Lashley.

The match starts and Lashley begins his domination. After good back & forth action, Rollins picks up the win after hitting the Stomp on Lashley!

Rollins will now face the winner of the next match – Kurt Angle vs. Dolph Ziggler.

Angle makes his way out first to “you suck” chants and his signature pyro. Ziggler comes out next with Drew McIntyre accompanying him.

The match begins and Ziggler takes down Angle, but Angle comes back into the match with a series of Suplexes.

Ziggler sends Angle shoulder-first into the steel steps on the outside.

Angle hits 3 back to back German Suplexes and goes for the cover, but Ziggler kicks out.

Angle goes for Angle Slam, but Ziggler blocks it and nails a DDT. Ziggler goes for the cover, but Angle kicks out.

Ziggler goes for the Famouser, but Angle counters and hits the Angle Slam! Angle goes for the cover, but Ziggler kicks.

Angle pulls down the straps and goes the Ankle Lock, but can’t get it locked in. Angle tries again and gets it locked in this time!

Ziggler is screaming in pain, but manages to get out of the hold after suffering a lot of damage.

Ziggler hits a Zig-Zag on Angle and gets the win!

Ziggler will now face Seth Rollins in the Semi-Final from RAW’s side.